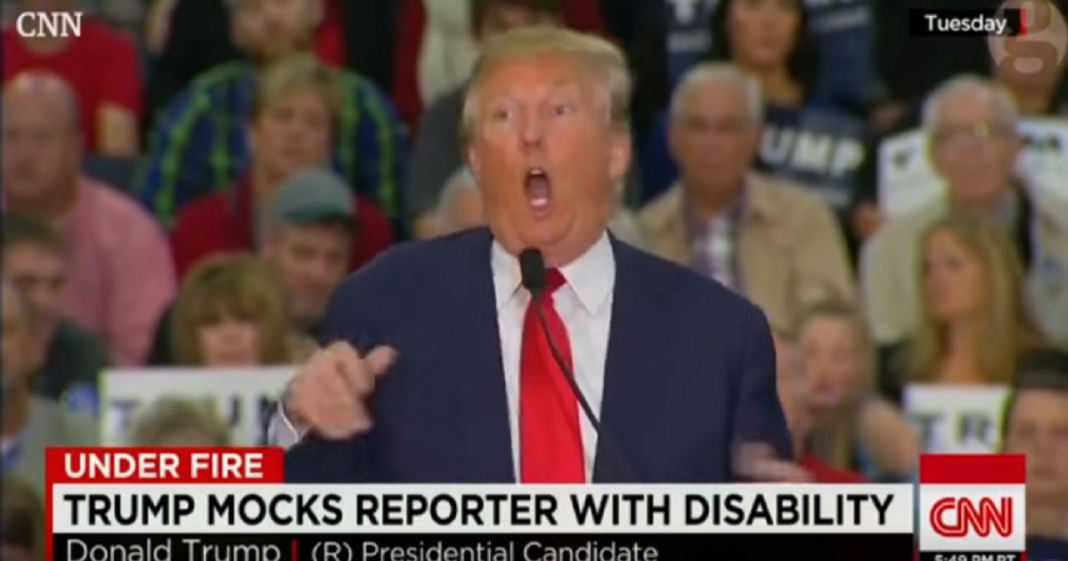 From the beginning of his campaign, Donald Trump has made “unapologetic” his unofficial brand, drawing the admiration of racists and bigots the world over who can’t believe how lucky they are to find such a hateful candidate.

But in Trump’s case, unapologetic is often interpreted literally as he consistently refuses to retract or apologize for statements that are proven to be false and offensive. One need only to visit Trump’s twitter, which is filled with angry tweets insulting the New York Times, John Kasich, Ben Carson, and just about anyone else who dares to get in Trump’s way.

Now, Trump is being called out for mocking the physical disability of a reporter who criticized him. Rather than apologize for the offense, Trump resorted to posting a long string of tweets insulting the New York Times.