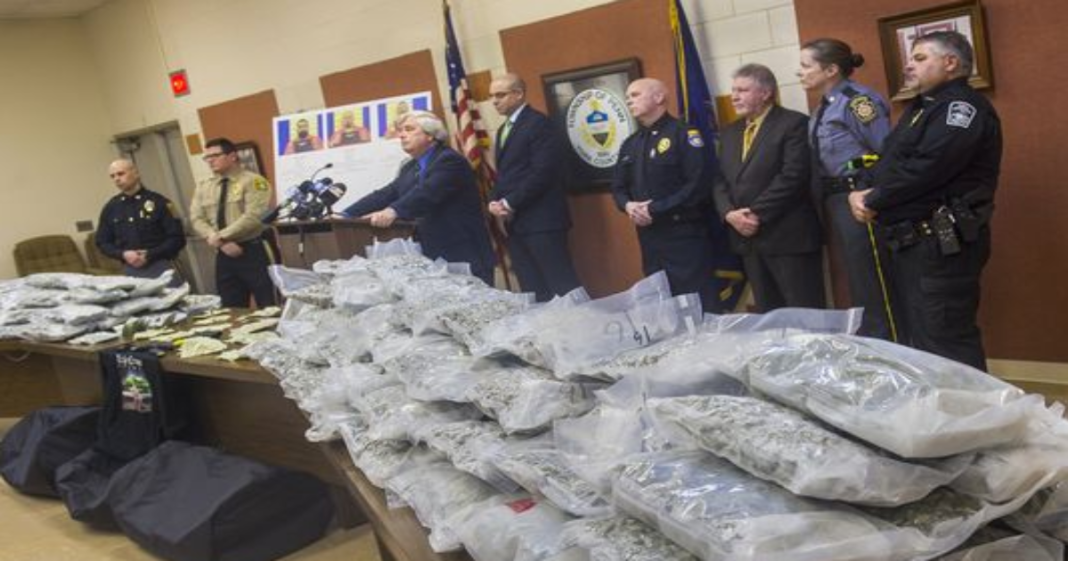 Police in Pennsylvania accidentally arrested one of their own during a drug bust in York County where they arrested Christopher Mark Heath, a California sheriff’s deputy, along with two others for possession of nearly 250 pounds of marijuana.

The officers in York County arrested Heath and two others for massive drug possession with clear intent to distribute after a report came in that they were on their way to deliver marijuana to a person in Pennsylvania. Police found the marijuana sealed in around 122 bags, along with $11,000 in cash.

Officers said that they did not know that Heath was a law enforcement officer, and it was not until after his arrest that Heath told police of his occupation. His badge and firearm were seized.

The men had reportedly driven the $2 million worth of marijuana from California to Pennsylvania, though it has not yet been revealed why they traveled so far.

This officer was not just in possession of a small personal stash of the drug, he was obviously part of a large drug trade ring which no doubt extends further into the police force.

For once, the good old boy system failed this officer, and he will actually have to face a penalty for his crime.