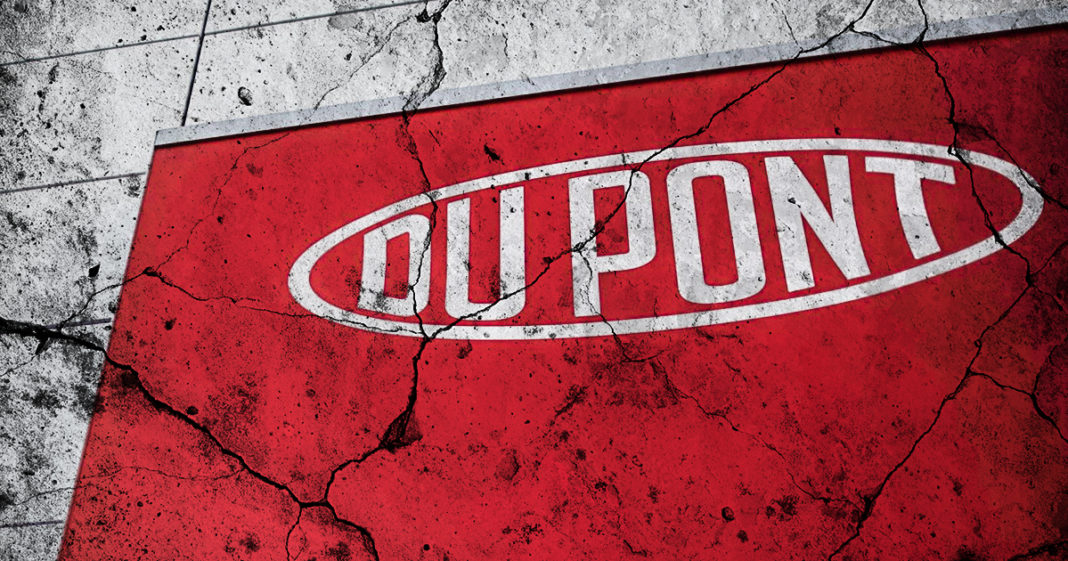 For the last few weeks, America’s Lawyer and Ring of Fire host Mike Papantonio has been in court facing off against DuPont. This is the second major DuPont trial that Pap has tried in the last 9 months over the company’s decision to pollute and poison an entire community with a chemical used in the manufacturing of Teflon. That chemical is known as C8, and it is a highly toxic chemical that causes severe adverse effects in people who are exposed to it, and the exposure continues for years since the chemical is biopersistent, meaning that it doesn’t get flushed out of the body.

C-8 is a chemical which proved incredibly useful in creating Teflon pans. Excess of the chemicals were incorrectly disposed of, dumped into the Ohio river where it flowed downstream and eventually all over the globe.

C-8 is what scientists refer to as “biopersistent” which means that it doesn’t break down naturally as many things do. As a result, C-8 now exists in 98 percent of American bodies as well as in organisms all over the world – and it’s not going anywhere.

The case alleges that DuPont officials were intimately aware of the ill-effects of dumping C-8 and exposing humans to the chemical, but they ignored those risks.

As a result of the trial, countless documents have now been made public that help paint a clear picture of what DuPont knew about the dangers of the chemicals that they were dumping into the Ohio River Valley (millions of pounds of the chemical were dumped in this region.) The documents prove that not only did DuPont know that they were poisoning entire towns, but also that they showed a callous disregard for human health and safety.

Here is a sampling of just a few pieces of information that have come to light as a result of the recent document dump:

– C-8 Meeting Summary; 5/22/84 in Wilmington, Delaware (corporate HQ of DuPont) – Management notes “detectible levels of C-8 are in both the Lubeck, WV and the Little Hocking Ohio water systems. Management notes “we are already liable for the past 32 years of operation” and that “the issue which will decide future action is one of corporate image, and corporate liability.”

– From a C8 Abatement Memo; 10/20/86: “Wilmington management is concerned about possible liability resulting from long term C8 exposure to our employees and to the population in the surrounding communities and those down river from the Plant. Since we don’t know the ultimate effect of C8 on the human body and that the potential liability resulting from C8 exposure is large, it seems prudent to minimize the release of C8 to the environment.

– Despite the above statement, from 1986 to 1999 emissions more than doubled.

– In 1988, DuPont internally classified C8 as a possible human carcinogen. DuPont knew it was in the public water supply, but did not tell the public.

– Memo Re: C8; 1993: “C-8 surfactant is fed as a solution into the polykettle. Since it is shown to be toxic and a carcinogen, part of the global DuPont strategy is to minimize the exposure risk for our employees.” DuPont is calling C8 a carcinogen, and knows that it is in the public water supply, but still does not tell the public.

– In two separate emails a DuPont environmental attorney talked about C8, where he stated the following: “Too bad the business wants to hunker down as though everything will not come out … god knows how they could be so clueless”…“A debacle at best, the business did not want to deal with this issue in the 1990s, and now it is in their face, and some are still clueless. Very poor leadership, the worse I have seen in the face of a serious issue since I have been with DuPont.”

The most striking document is perhaps the last one, where DuPont’s own attorney admitted that the company was acting foolish by pretending that the problem did not exist. Furthermore, it appears that the company was well aware of the dangers of C8 for decades yet continued to refuse to notify the public.

The case is still ongoing, but the first case tried by Papantonio resulted in a $1.6 million verdict for the plaintiff. However, with close to 3,500 cases remaining to be tried, DuPont will continue to fight against the growing mountain of evidence showing that they knowingly and willfully poisoned countless American citizens in their never ending quest for profits.