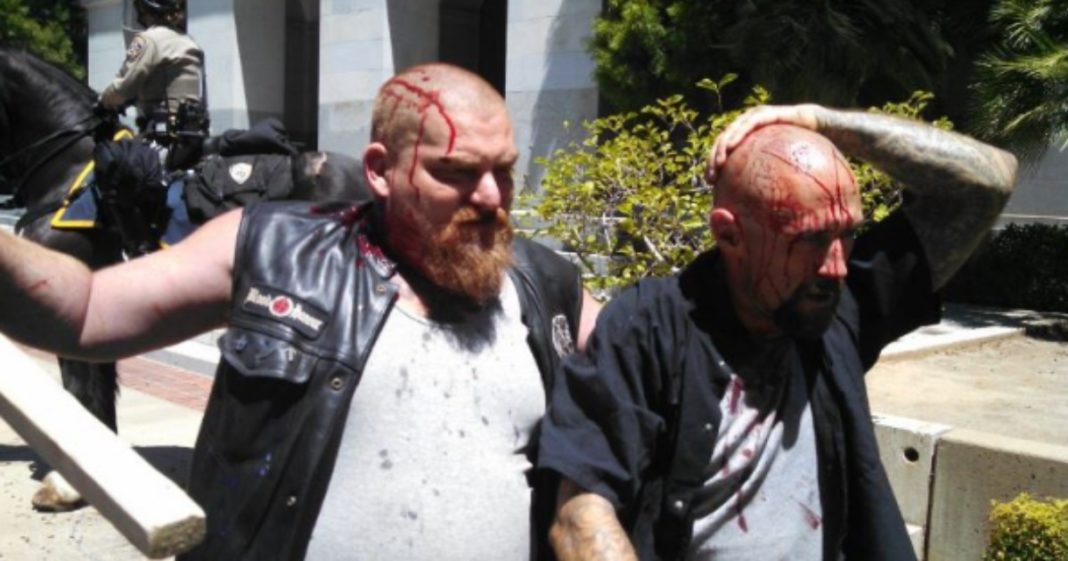 A white supremacist rally being held in Sacramento, California on Saturday was violently ended when things turned bloody between the group and a group of counter-protesters.

At least seven people were stabbed and many others were injured during the clash. Many were rushed to the hospital, some with critical injuries.

Counter protesters found out about the planned event ahead of time, and many arrived before the white supremacists event had even begun. Multiple fights broke out, some of which were captured on video.

No arrests have been made.