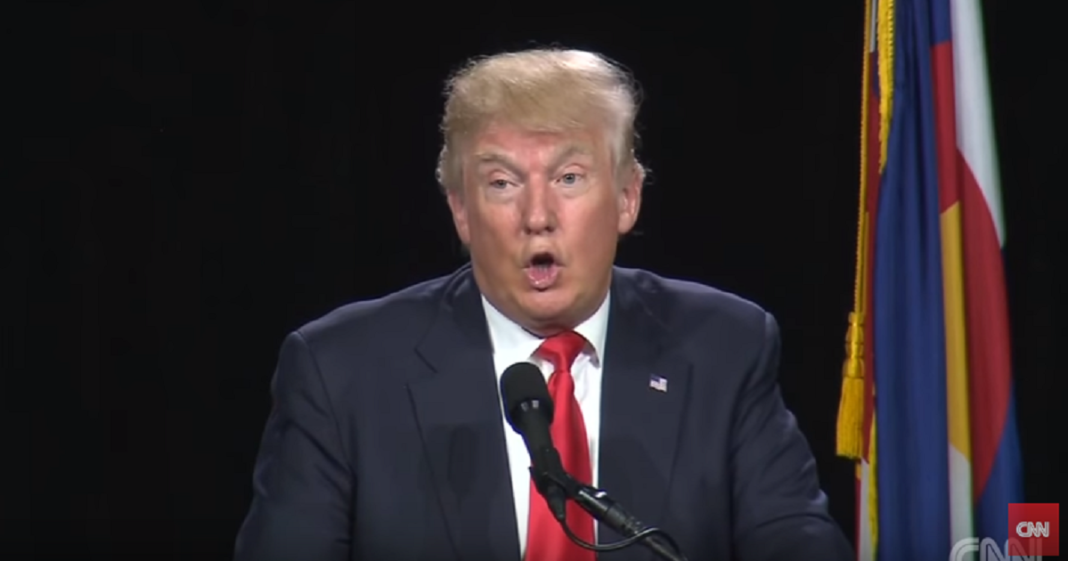 During a campaign rally in Denver, Colorado, Trump had a disturbing reaction to learning that a reporter in the audience was Turkish.

Just days after a tragic bombing in a Turkish airport, Trump wanted to know was the reporter “friend or foe?”

Nevermind the fact that dozens of Turkish people had just been slaughtered, and that we should be uniting with the nation, Trump did what he always does and singled out a person based on his ethnicity, religion, and nationality.

While it is important that we monitor terrorism in the United States, Trump’s obsession with interrogation and surveillance is deeply disturbing.

His question, whether it was a joke or not, displayed the sort of deteriorating foreign relations which is already having a detrimental effect on race and religious relations here on American soil.

Individuals like the Turkish reporter now feel more alienated in the U.S. than ever before, and Donald Trump makes scared and hateful people feel like their prejudices are okay.

If you’re looking for a reason for why Hillary Clinton is in any way a better candidate than Trump (and there are more than a few), this, at least, should show you the dangerous risk we run if we choose Trump.