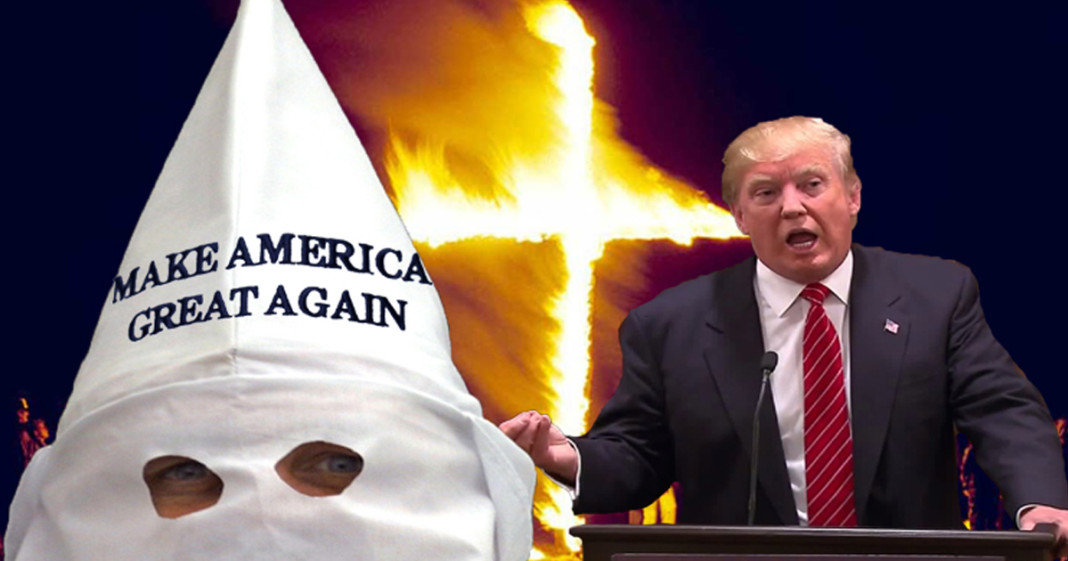 You don’t need Sesame Street‘s The Count to figure out how many times Donald Trump has “accidentally” shared information, graphics, and phrases from white supremacist twitter accounts, though it is a rather common thing for the Republican nominee.

Trump has been “mistakenly” re-tweeting and re-posting anti-Clinton and anti-Semitic information for months now, starting way back in November when Trump shared a blatantly false (and badly edited) graphic which misstated the state of race and gun violence in America.

That was a graphic he directly borrowed from a white supremacist user who featured the term “white genocide” in his username. Back then, Trump of course defended his use of the graphic, saying that it wasn’t his fault the graph was incorrect – he was just sharing it!

Ever since that little white power slip, Trump hasn’t been able to contain himself, and each time he is called out for it, he defends himself by claiming to not know the source or some other weak argument.

This most recent use of the Jewish star on a pile of money is only the most widely-covered and blatant use of anti-Semitism yet from the man. Can we expect to see these quirky little oopsies go away if he is made president? methinks not.