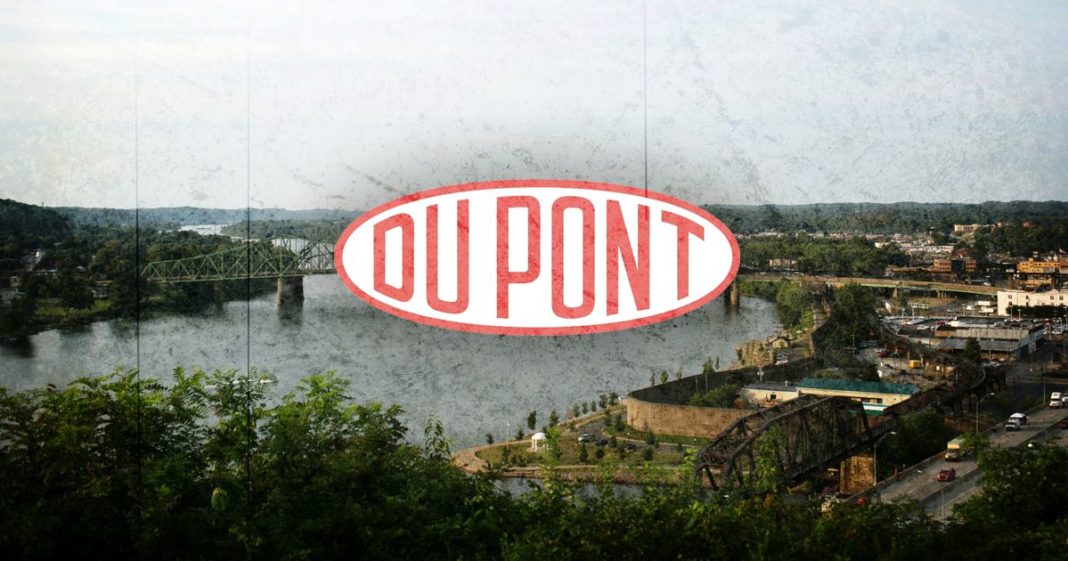 On Wednesday, a jury sided with plaintiff David Freeman who was awarded a victory over corporate chemical giant DuPont for the sum of $5.1 million, with 3,500 other cases just like it waiting to proceed to trial. Freeman’s victory was the second of its kind against DuPont, as cases are being handled individually rather than in a class-action form. In the first trial, a jury award the plaintiff $1.6 million.

Mr. Freeman was awarded the win against DuPont after the jury concluded his testicular cancer resulted from DuPont’s “conscious disregard” toward the citizens in the Ohio Valley after DuPont failed to inform and protect them from its cancer-causing C8 chemical that it was dumping into the air and drinking water.

While some may worry that the $5.1 payout is a drop in the bucket against the corporate giant, the award for Mr. Freeman is just one of 3,500 waiting in the wings against DuPont. And while DuPont constantly shows a disregard for American health and happiness, they do care about one thing: their wallets.

Unlike in a class-action lawsuit, individuals with unique cases go against the corporation one at a time, resulting in a large number of smaller payouts, though for Mr. Freeman it was a huge victory.

Thousands of injured Americans are seeking justice from a ruthless company with no regard for American health and well-being. This victory will make it far easier for plaintiffs to seek and receive damages from Dupont from C8 injuries, so this win is about far more than the single payout.

The jury ruled that DuPont showed “conscious disregard” for the health and well-being of Ohio residents located near the facility when it regularly dumped its manmade C8 chemical into the Ohio river and air.

The case against DuPont argued that company officials were intimately aware of the ill-effects of dumping C-8 and exposing humans to the chemical, but intentionally ignored those risks in order to continue profiting from its chemical. As a result, many people like Mr. Freeman contracted cancers and other illnesses and suffered immense physical, financial, and emotional stress for an extended period of time.

America’s Lawyer Mike Papantonio and a team of five other law firms successfully argued on behalf of Mr. Freeman that the case showed gross negligence on the part of DuPont. Papantonio and the trial team also tried the first trial that resulted in a $1.6 million jury verdict for a separate plaintiff. For decades DuPont was aware of the deadly effect of C-8 but failed to properly advise the public or handle the chemical responsibly.

For those unfamiliar with C-8, below is a quick summary. For a detailed discussion, click DuPont C8 Poisoning and Litigation

C-8 is a chemical which proved incredibly useful in creating Teflon pans. Excess of the chemicals were incorrectly disposed of and dumped into the Ohio river where it flowed downstream and eventually all over the globe.

C-8 is what scientists refer to as “biopersistent” which means that it doesn’t break down naturally as many things do. As a result, C-8 now exists in 98 percent of American bodies as well as in organisms all over the world – and it’s not going anywhere.

Papantonio said of the jury’s decision:

“DuPont only understands one thing – and that’s losing money. They have a defective moral compass.”

DuPont watchdog group Keep Your Promises issued this statement on the verdict:

“TODAY’S VERDICT PUTS A SPOTLIGHT ON DUPONT’S NEGLIGENCE AND CONSCIOUS DISREGARD FOR THE PEOPLE OF THE MID-OHIO VALLEY. THIS VERDICT MEANS THAT HELP IS ON THE WAY FOR THE THOUSANDS OF RESIDENTS WAITING FOR THEIR DAY IN COURT, THE DOZENS OF COMMUNITIES IN NEED OF REMEDIATION, AND THE FOLKS IN THE MID-OHIO VALLEY STRUGGLING TO USE THE MEDICAL MONITORING PROGRAM THAT HAS BEEN MISHANDLED BY DUPONT.

TO THE EXTENT THAT THIS IS A SIGNAL OF VERDICTS TO COME, THIS VERDICT ALONE WILL MAKE THE COST OF DUPONT’S C-8 ABUSE SKYROCKET INTO BILLIONS OF DOLLARS, WHICH SO MANY RESIDENTS AND COMMUNITIES SORELY NEED.”

This victory shows that the people steering the ship at DuPont during the decades when they were exposing millions to the biopersistent C-8 were far too unconcerned for the well-being of local residents. As long as they accomplished their goals with the lowest price tag, the rest could go by the wayside.

Their days of skating on the backs of the American people are over, and we can expect further justice to be brought to the chemical giant as there are still thousands of cases like the one DuPont just lost waiting in the wings.

Many times in America, the bad guys win and run away with the profit while regular folks are left to suffer, but today is a victory for all Americans as a corporate giant thought too big to be taken down was handled in the legal system to victorious result.