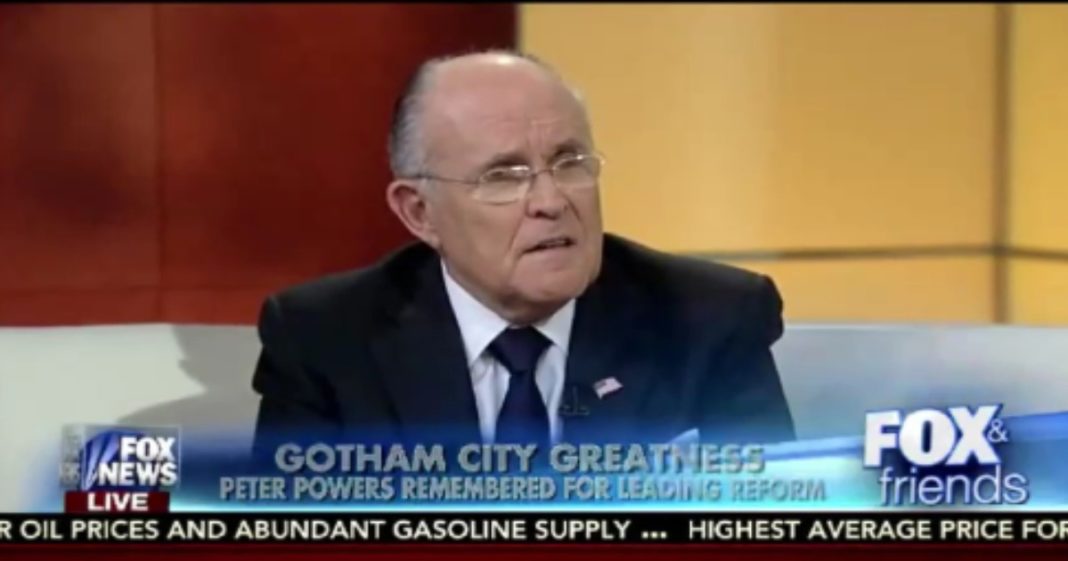 Can the endless stream of old white men who don’t even attempt to understand the complex Black Lives Matter movement just sit down and shut up for a bit?

Apparently not as former New York City Mayor Rudy Giuliani has joined that melanin-free stream of “actually-ers” who has proclaimed that the Black Lives Matter movement has it all wrong.

According to Giuliani, these folks in the BLM are just whiny and complaining, ignoring the real issues unlike himself!

Giuliani even went so far as to declare that his tenure as NYC mayor saved more black lives than the BLM has ever done – despite the fact that BLM is a social movement intent on raising awareness and bringing about social change, not outright “saving lives.”

If that were the case, they might be taking CPR classes or getting their medical degrees or something much more obtusely literal than their real movement which seeks to save lives by convincing society that their lives actually matter – I know, far too much to ask.

But Giuliani can’t let something as important as BLM pass him by without attempting to stifle it and raise his sky-high ego a little bit higher with the help of corporate media and a bit of rah-rah cop support to top it off.

It’s no wonder that this spineless curmudgeon is on Trump’s side.