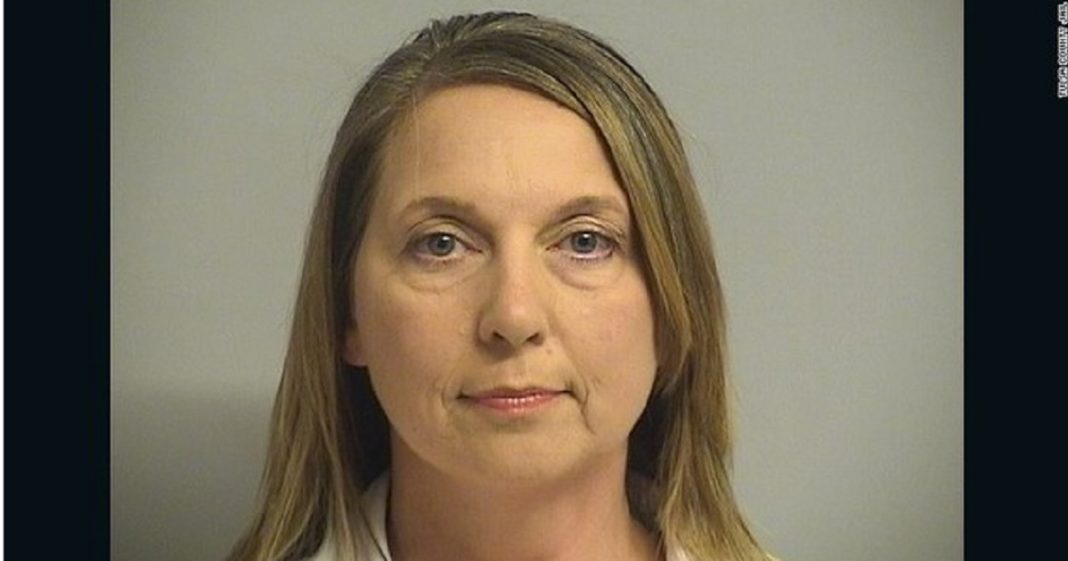 Now that our criminal justice system has finally managed to arrest a cop for murdering a black man in cold blood, she is doing everything she can to try and create a narrative where she is innocent and even the victim.

When Tulsa officer Betty Shelby was charged with first-degree manslaughter, the nation was shocked – not because she didn’t deserve it, but because so many others who do are never brought to justice.

Now, though, Shelby and her lawyer are on the defense, claiming that Shelby experienced temporary deafness during the encounter. She claims that due to this temporary disability, she did not hear the sirens of approaching back-up, nor did she hear the approach of a fellow officer who would later deploy his Taser on Crutcher.

And if that excuse doesn’t work well enough, Shelby’s lawyer has another defense: she really, really thought he had a gun! And if someone has a gun, you get to kill them, apparently.

Terence Crutcher had no gun. No gun. No other weapon, either. He was walking with his hands up toward his vehicle when he was shot and killed by Shelby.

The officer has changed her story about a dozen times already, first claiming that he had a gun on him, then claiming that he appeared to be reaching in the window of his vehicle for a gun (video shows the car’s windows up, his blood splattered on the glass), and then she said that she was just so darn scared.

This excuse of temporary deafness is yet another useless, made-up story to explain away the death of this man.

Each of her excuses have been proved to be baseless and none have come close to warranting the death of the man she murdered. While she continues to deny, we anxiously await her day in court.

In a cultural moment when all eyes are focused on the struggle between racist, under trained law enforcement and black men and women nationwide, the small victory of the arrest of Shelby gave us hope that maybe this issue is solvable, and that maybe one day, our police forces could be forces for good once again.