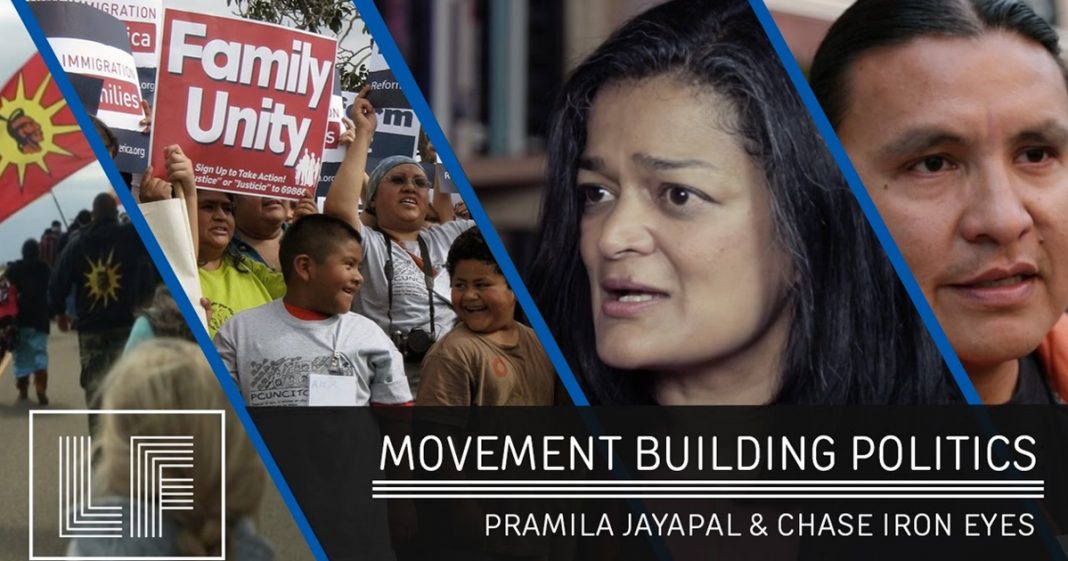 At the Laura Flanders Show, we say we talk with “tomorrow’s heroes today.” One of those could well be forward-thinker Pramila Jayapal, Washington State Senator, now running for Congress. If elected, Jayapal be the first south Asian woman in the House of Representatives. Jayapal describes herself as a “proud immigrant from India.” She founded Hate Free Zone (now OneAmerica) in response to hate and discrimination after the Sept. 11 terrorist attack and played a big role in the push for a $15 minimum wage. Hear how Islamophobic racism, has shaped her campaign and why she believes politicians must address institutional racism head-on. Pramila Jayapal is running for Washington, U.S. House of Representatives, District 7.

Also running for Congress is Chase Iron Eyes, a populist candidate for indigenous voters and a leading organizer for the #NoDAPL fight. We talk with Iron Eyes about lifting up in the face of oppression. Chase Iron Eyes is a Native activist and attorney, and a member of the Standing Rock Sioux Tribe.