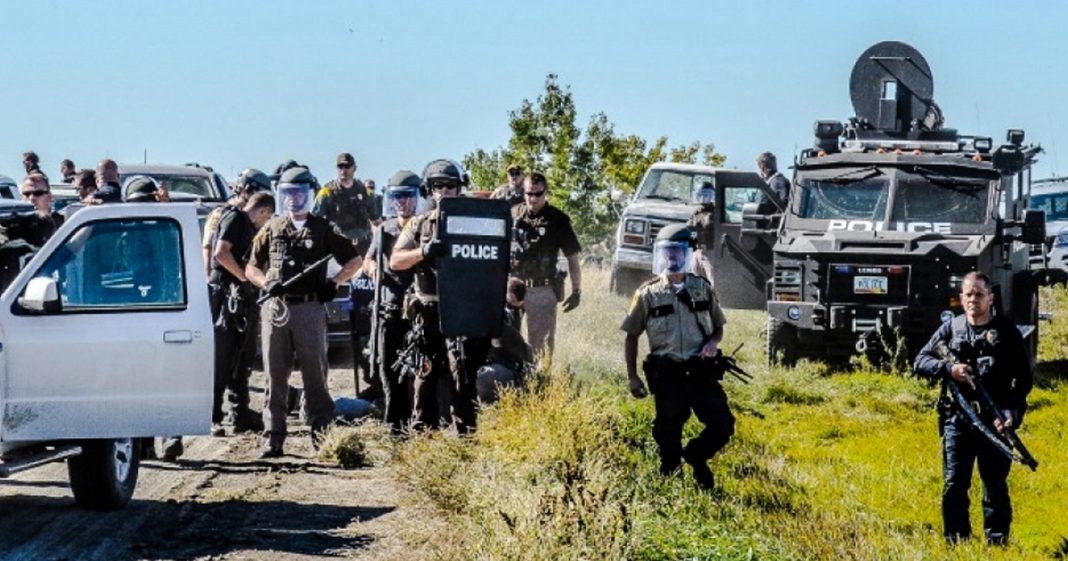 In addition to intimidation tactics being carried out by North Dakota officials and by the Army Corp of Engineers, on Tuesday, the state announced that it was ordering its police forces to begin blocking the incoming supplies necessary to sustain the individuals occupying the Dakota Access Pipeline protest.

No, it’s not bad enough that peaceful protesters are being attacked by police, doused in near freezing water in below freezing temperatures and pelted with rubber bullets, teargas, and mace – they must also be literally starved out, according to N.D. officials.

On Monday, North Dakota Governor Jack Dalrymple signed an “emergency evacuation” order which demanded all occupants of the NoDAPL protest leave immediately. An additional element of this so-called emergency evacuation was explicit instruction that law enforcement should turn away any and all supplies meant for the camps, including food and medical supplies.

The main focus of this order was on incoming building supplies, as officials can technically claim that the land the water protectors are occupying are not zoned for permanent structures. But the order didn’t include a block on just building supplies – according to the governor, not a grain of rice or a single band-aid is to pass through the roads to the waiting protesters.

May I remind you that these are innocent, peaceful protesters, many occupying the land that was promised by the U.S. government to their ancestors? If a single person is harmed or killed thanks to a lack of food or other resources, that is nothing short of state-sponsored murder.

It is clearer than ever now that the state of North Dakota has absolutely no interest in the safety or liberty of these assembled protesters. The state has already spent millions fighting these peaceful protesters on behalf of a delinquent corporation. They have injured, maimed, and hospitalized protesters for their corporate buddies – will they kill for them too?

You can read more about the governor’s orders at Reuters.