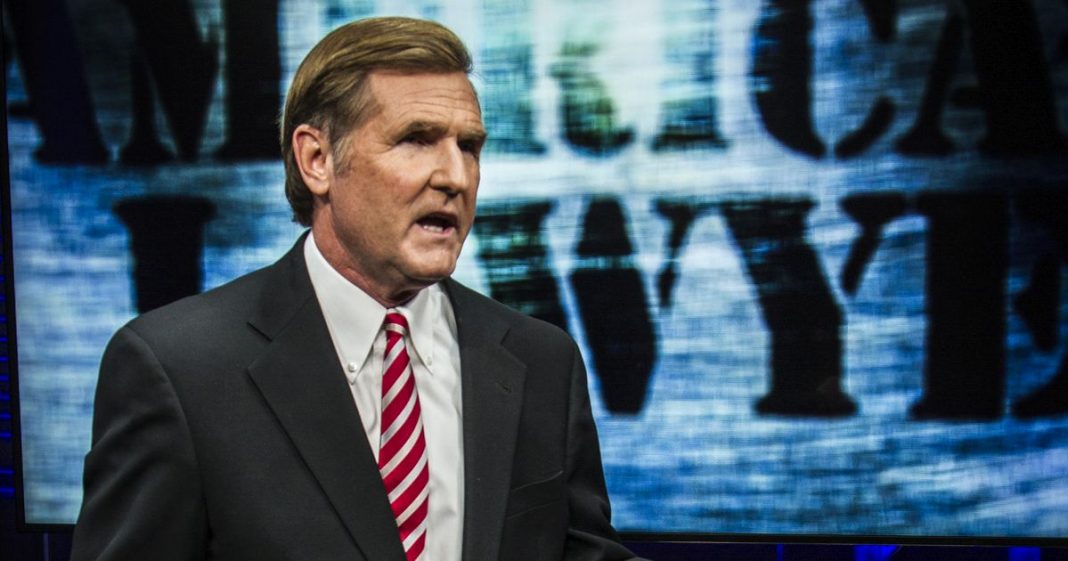 Expectations are high for the show which is set to attack the corporate America for their crimes which often result in the injury and death of regular Americans. Papantonio, an esteemed trial lawyer, will interview the biggest names in law, politics, and media, to find out the real stories of corporate America’s worst sins.

As Papantonio has said, this show is expected to be like none before it, particularly because Papantonio will tell the stories corporate news’ corporate owners will not allow to be told.

Setting the tone for the show, “America’s Lawyer” will interview Erin Brockovich for the premiere episode, discussing the ongoing human rights violations and environmental disaster in Flint, Michigan.

To find out if your television provider airs RT America, click here.

And even if your cable or satellite provider does not air RT America, you can watch the channel live online right here.