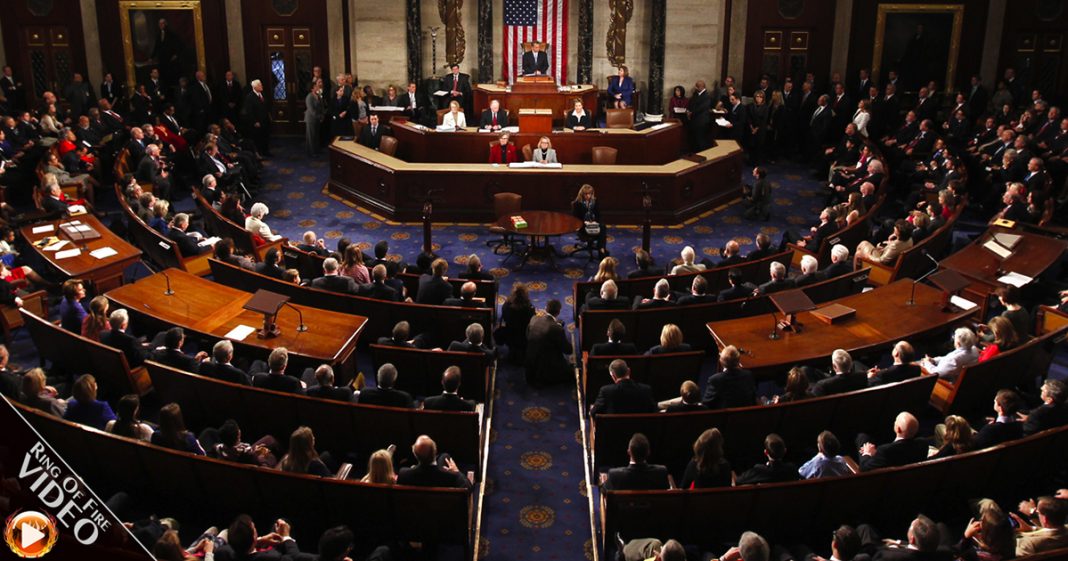 Republicans in Washington are taking another step towards shutting the public out of the governmental process by attempting to ban all video recording and photography on the floor of the House. What are these Republicans doing that they don’t want us to know about? The Ring of Fire’s Farron Cousins discusses this.

The Republican-controlled House of Representatives is trying to crack down on any member of the house that decides to take a picture or film a video on the House floor. This obviously is in response to a sit-in from Democratic lawmakers this past summer after one of the deadliest mass shootings in the United States. They did a sit-in because they wanted Congress to act on gun control. They took pictures. They took videos. They put it on social media, and they got the word out, but according to this new proposed rule, any member that does that is going to immediately be fined $500. Any repeat offense is going to be a fine of $2,500.

Here’s the question I have for the GOP-controlled House of Representatives, specifically just the Republicans there. What are you doing that you feel needs to be hidden from the public? After all, everything that takes place within Congress is on the public record. We can look it up. Most Americans won’t. They either don’t have the time or they just don’t care enough. That’s why the video, the pictures are so important. Those are things we can easily digest without having to read through 800 pages of Congressional record. The videos tell a story that the transcripts never can. These videos are of utmost importance.

Here’s the problem too. This isn’t just about House members filming, videotaping, taking pictures. This will extend to the press itself, C-Span, things like that. If they manage to get this rule passed, which wouldn’t take effect until early January when the next Congress convenes or when they reconvene, they’re going to extend it to members of the actual media. The Republicans and the House of Representatives want to operate with complete secrecy, unaccountable to anyone in this country. They’re on their way to doing that. This is going to become especially dangerous when Donald Trump takes over as president.