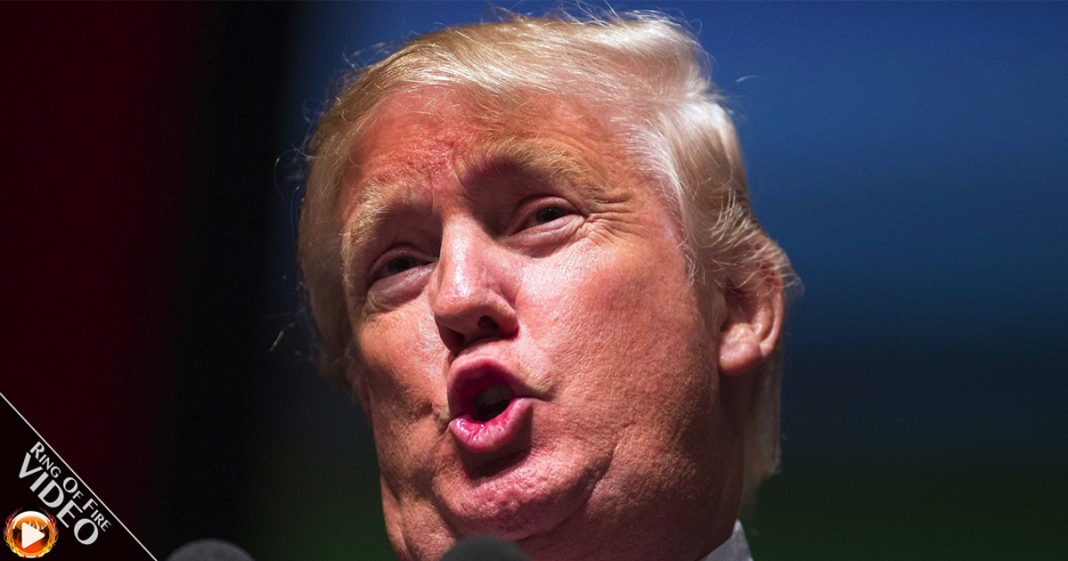 The New York Times recently ran an op-ed claiming that bigotry and racism weren’t the driving factors behind Trump’s electoral victory. But this argument completely ignores the psychological tricks that Trump used to stir the pot and get people to the polls. The Ring of Fire’s Farron Cousins discusses this.

Recently the New York Times ran an op-ed by a man named David Kuhn, who discussed the fact that, no, racism and bigotry did not put Donald J. Trump into the White House. He lays out several statistics, including one that says yeah, majority of racists voted for Donald Trump, but a majority of Donald Trump’s voters were not in fact racist. Great statistics first of all. You did your research. However, Mr. Kuhn, you have a fundamentally low understanding of American politics. Borderline, you should not even be talking about politics, because you clearly do not understand it.

There are several things to think about. When you’re a political scientist, yeah you have to look at facts and figures and statistics and things like that. Those do not tell the complete story. The other half of it is voter psychology, party ideology, things like that. That’s where you completely, and the New York Times completely missed the mark on this article. It wasn’t just the fact that Donald Trump was energizing white supremacists. We know that. We know that the racists voted for him. When you talk about this alleged White working class, middle America, whatever you want to call it, he energized those people with racism.

You know how he did it? He did it the same way that Ronald Reagan did when he talked about these lazy welfare queens living off of the hardworking Americans who were paying for the Medicaid and food stamps. That was racism. Donald Trump did it, not with the welfare queen story, but with the illegal immigration story. He told these people, who were terrified about losing their jobs, that they should be scared in these times of economic uncertainty. You know who’s the blame? The illegal immigrants.

It was text book Ronald Reagan, because when Ronald Reagan spoke to middle America and said, ‘You should be afraid, and let me tell you who to blame for your economic instability, and economic uncertainty. The welfare queens, that’s who you should blame.’ Those people may not have realized it, just like they didn’t realize it this time, but that was racism. You cannot tell me that racism and bigotry did not put Donald Trump in the White House, because they absolutely did.

The New York Times doesn’t have enough of an understanding of American politics anymore to be able to print garbage like this from a guy who wrote a book called, The Neglected Voter, White Men and the Democratic Dilemma. This guy already has some kind of White male privileged chip on his shoulder because he thinks the democrats are ignoring White men. Sorry, doesn’t work that way guy. You take your little White anger and go somewhere else, not in the pages of one of America’s oldest and most prestigious newspapers. This article that you’ve published is absolute garbage.

I suggest you actually look in to the American voter psyche. Learn the psychology. Learn political science. It’s not just facts and figures, and statistics. There’s a lot of actual thinking that has to go along with it too. You’re not willing to put in that effort, and neither is the New York Times anymore. Racism won Donald Trump the presidency, and he did it the same way that republicans have been doing for the last 40 years.