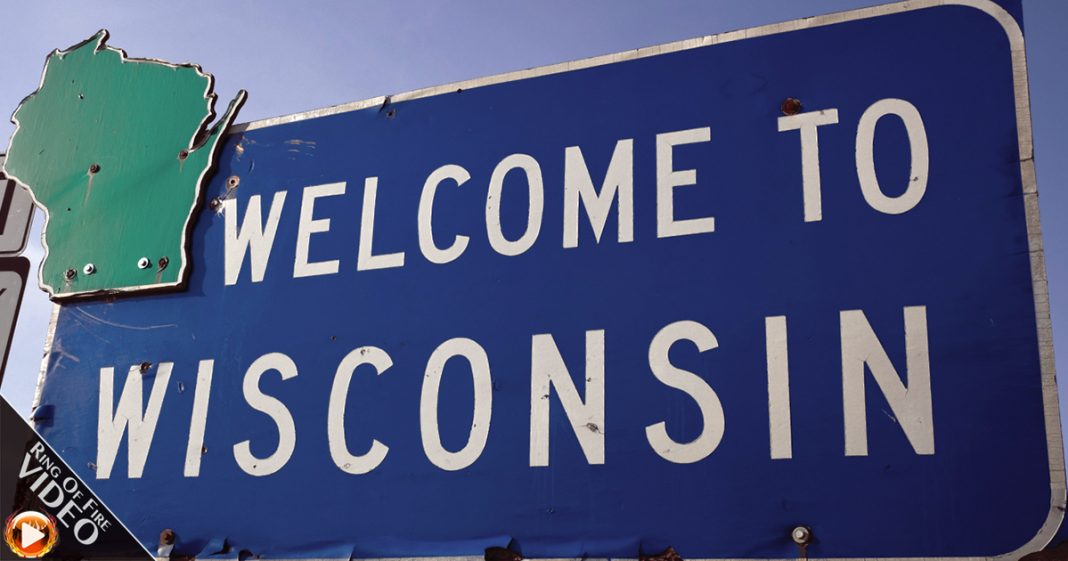 Wisconsin governor Scott Walker has been a loyal lackey for the Koch Brothers, and now he’s done them another favor by removing the phrase “climate change” from state-controlled websites. Ignoring the problem doesn’t make it go away, but Walker seems to think that his billionaire pals need all the help they can get. The Ring of Fire’s Farron Cousins discusses this.

If you happen to end up online today on the Wisconsin Department of Natural Resources’ website, there’s something that you won’t see today that you likely would have seen a few days ago, and that is any mention of the phrase climate change or even the word climate. That’s right, the republican-controlled state of Wisconsin has scrubbed all mentions of climate change from the state’s Department of Natural Resources’ website.

This is kind of similar to what happened recently in the state of Florida when our Coke Brother-controlled Governor Rick Scott decided to prevent any federal employees from mentioning climate change in any form of assessment that they submit to the state. Florida banned the term climate change and now the state of Wisconsin is trying to scrub it from all of their state-controlled websites.

Here’s a little something for Scott Walker and the republican party to understand. Just because you delete a few words off a website does not mean that the problem goes away. That’s not how that works at all. Not even close, not even a little bit. You see, this year, we only have a few hours left really, is going to go down as the hottest in recorded history. The warmest in recorded history capping off 13 or 14 years of being the warmest in history. See, we’re breaking those records every year. I guarantee you 2017 is going to warmer than 2016. That’s what analysts are already predicting.

The state of Wisconsin, state of Florida, and I guarantee you this is going to start popping up everywhere else in between, they don’t want anybody to know about climate change. They still think that just by not saying it they can prevent people from wanting to take action on it. Which, by the way, probably one of the dumbest things you could ever imagine. That’s like saying kids are going to stop playing video games if we delete any mention of video games from the websites.

Look, Wisconsin, again, controlled by the Coke Brothers. I know Scott Walker’s the guy in there signing bills, but he’s doing the bidding of the Coke Brothers. He’s doing the bidding of the American Legislative Exchange Council, ALEC. Same thing with Rick Scott down in Florida. Any other republican-controlled state where those two outside influences, the Coke Brothers and ALEC have enough control, they’re going to start doing this elsewhere, because they understand that the growing threat of climate change is very real and that the united States is going to have to act quickly and at this point, dramatically in order to help reduce the effects of climate change.

This is their last ditch effort. This is the last move that they have to prevent any kind of action against their industries to prevent climate change, because that’s what they know is going to happen. They’re just trying to put it off another year or two, or however many they can so they can suck a little bit more oil out of our ground, a little bit more natural gas before the government decides to finally crack down and get serious about addressing the growing threat of climate change.

Again, be prepared for what’s happening in Wisconsin to start happening elsewhere. Again, Wisconsin’s not the first place. Our great state of Florida here started it. Wisconsin’s carrying it forward. I would imagine we’re going to see this maybe pop up again in Texas, perhaps Montana, Kentucky, West Virginia. It’s the blueprint they always use. If something works in one state you start to bring it to the others. The Coke Brothers know it, ALEC knows it, the entire republican party knows it.

They can’t continue to ignore the threat of climate change for much longer, because especially down here in the state of Florida, in Miami where the waves are literally coming up over the streets right now, climate change is slapping people in the face. It’s only a matter of time before the government decides to finally crack down on the Coke Brothers in order to save what’s left of this country.