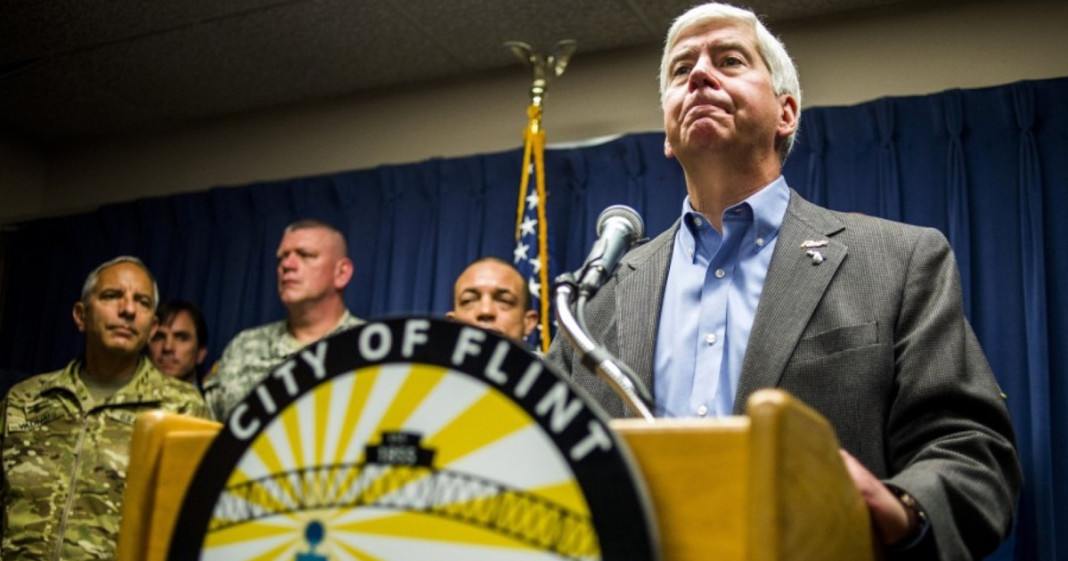 After a series of closed-door meetings, state and local officials finally deigned residents of Flint, Michigan worthy of an update on the state of their devastated water system, telling them that not only can they still not drink the water from their own taps, but that it would be many years yet before they could.

During a town hall meeting held on Wednesday, Flint residents were told that though they have already suffered two years while their administration denied their complaints and allowed them to be poisoned, it wouldn’t be until 2020 that they could expect to see clean water flowing through their pipes again.

Residents were informed that their state could not provide them with the facilities to filter clean water until 2019 or 2020 because the treatment plants needed significant upgrades. During this time, the state will be working to replace the rusted, lead-leeching pipes with new water lines throughout the city.

What’s more, though the city has this plan in place, they have not yet secured the funding necessary to make such a large infrastructure shift. If they are not careful in their planning, the state could leave the residents of Flint without any water at all if they do not adequately fund the replacement pipes and plants.

Though the officials delivered little but bad news, they did try and reassure residents by telling them that the levels of lead in Flint water was lower than it had been at its highest – down to 12 parts per billion where before it had been 20. Considering that no level of lead is safe to consume, officials still have a long way to go.

In the meantime, residents of the city were able to vent to officials, telling them that their bureaucratic, slow action is not enough for their devastated lives.

During the meeting, an audience member expressed his frustration, seeking to make the officials look past the monetary cost of their error to see the human cost instead.

“I’ve got kids that are sick. My teeth are falling out. You have no solution to this problem.”

From a governor who spends most of his time battling to NOT deliver bottled water to residents of Flint, Snyder seems particularly unconcerned about where these constituents will get their next drink of water.