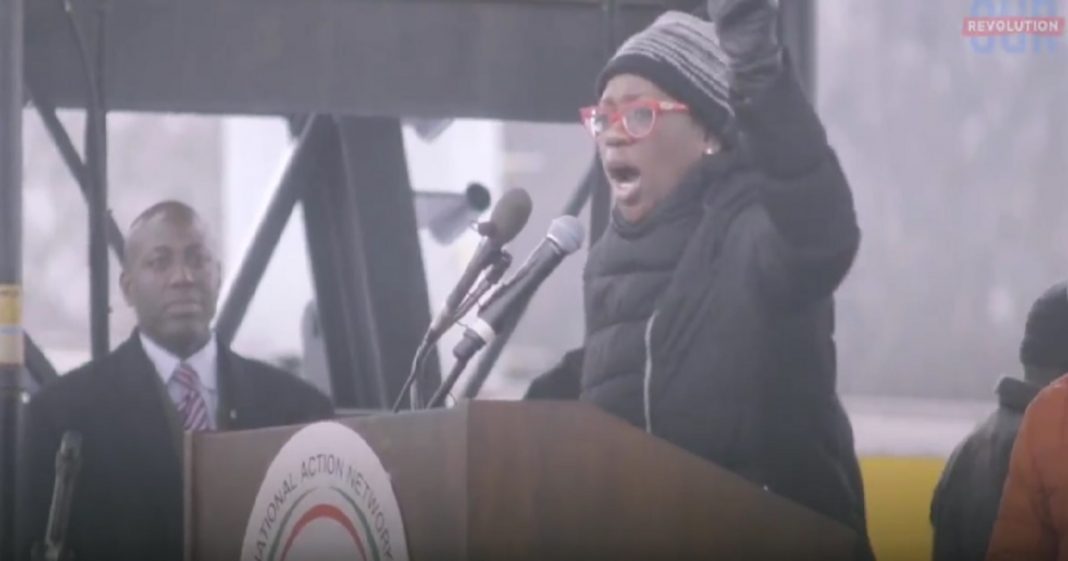 On a grey Saturday afternoon, former Bernie Sanders surrogate Nina Turner addressed an assembled crowd in front of the Reverend Martin Luther King, Jr. Memorial in Washington, D.C., calling on them to act in the spirit of the civil rights leader and take inspiration from his struggle for the fight ahead.

Sounding an awful lot like a reverend herself, Turner inspired all who listened with encouragements about the future, spreading a message of unity. She called on progressives to come together, with one hand reaching forward to climb above the struggle, with the other hand reaching behind, to pull those still struggling further skyward.

To Turner, though we feel we are facing dark times ahead, it is just a reminder of where we have been.

And just like we have done before, we will face the seemingly insurmountable obstacles ahead, ever fighting, ever reaching, for the things we as a united people deserve.

‘And guess what, sisters and brothers? We can’t have a testimony without a test, and we are being tested right now for whether or not we’ve got courage enough, hope enough, fight enough, love enough to do what is necessary.”

Watch @ninaturner‘s speech in front of the MLK Memorial today.

We must lift as we climb. pic.twitter.com/lckQ3TpsoY