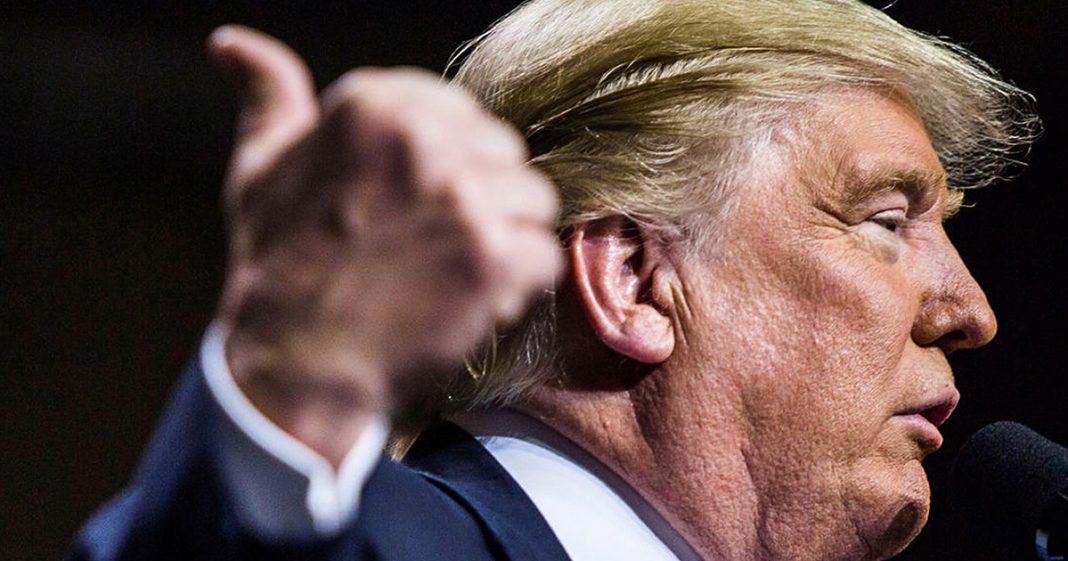 While the debate rages over whether or not Donald Trump’s executive order barring refugees and immigrants from 7 Muslim-majority nations from entering the U.S. is constitutional, there is another element of Trump’s ban that isn’t getting as much attention as it deserves.

According to a courtroom currently trying to rule on an element of the ban, the government has just revealed that the effects of Trump’s ban have already had massive, permanent effects to lawful residents.

In a courtroom in the Eastern District of Virginia, the federal government revealed that more than 100,000 legal visas have been permanently revoked in the aftermath of Trump’s ban, an unlawful effect of the executive order.

Officials were able to unconstitutionally revoke these 100,000+ visas because of an additional measure signed by President Trump last Friday which was not revealed to the public until this past Tuesday.

For those who already believe that Trump’s executive order was overreach and an unconstitutional violation of rights, this new revelation is even more stunning proof.

It appears that due to the lack of direction from the Executive Branch, officials have forced legal visa holders to turn over their legal documents and had their visas taken away from them for good.

Anyone who has gone through the process of obtaining a legal visa knows what was taken cannot so easily be replaced – the process is time-consuming, invasive, and expensive. Now there are 100,000 people stranded who knows where, with no ability to resume their lawful lives in the United States.

These residents and visitors had a legal right to be in this nation. They did everything right, and our government betrayed them and stripped them of their rights. This isn’t just a handful of people who were violated, but any number greater than 100,000.

Even the Republicans who have until now backed the POTUS’s order should declare this element to be clearly unconstitutional and immoral. If they do not, they are betraying the elements of this nation that even they should believe in.

This is an unimaginable crime, and the President should face the full consequences of his actions.