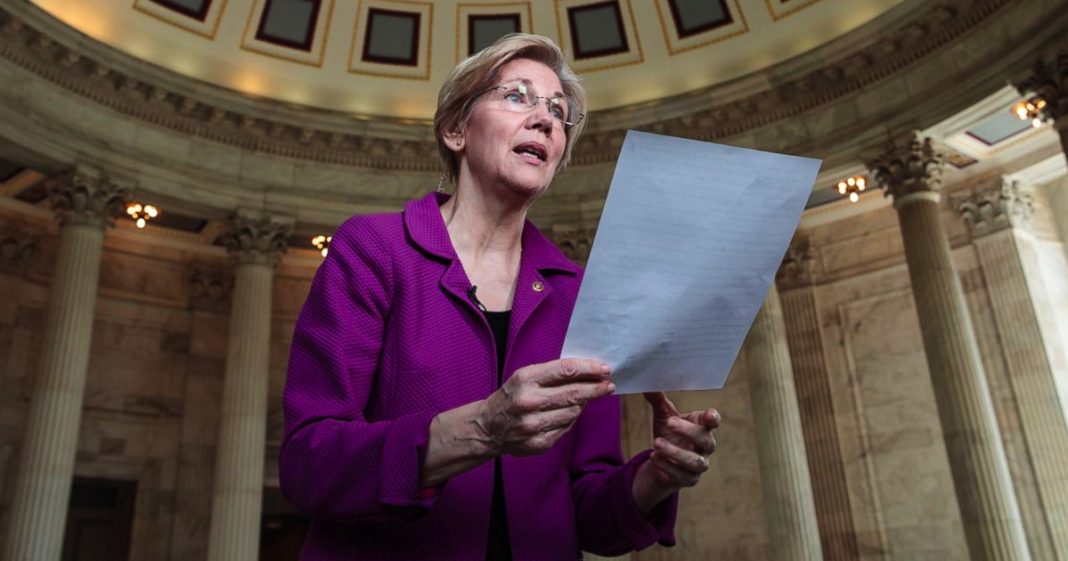 In her opposition to Jeff Sessions as Attorney General, Senator Elizabeth Warren took the floor and attempted to read a letter from Coretta Scott King, wife of Dr. Martin Luther King, Jr., about the dangers of Sessions’ deeply racist beliefs. Unfortunately, Mitch McConnell shut her down and forced her off the floor, showing an incredible amount of both sexism and racism in one move. Ring of Fire’s Farron Cousins discusses this.

Senator Jeff Sessions is currently going through confirmation hearings. They’re actually supposed to have the final vote today, may have already happened by the time you watch this. Regardless, the night before this confirmation hearing Elizabeth Warren took to the Senate floor to not just voice her objections to Senator Jeff Sessions but the objections of American people, specifically Coretta Scott King. Senator Warren read a letter from Coretta Scott King from the 1986 hearings on Jeff Sessions on whether or not he would get an appointment to a judgeship. From 1986 she pointed out in the words of Coretta Scott King why this man could not be impartial as a judge, why he could not be trusted as a judge and why his racist history, why his racist past, why his racist feelings should prevent him from ever being in a position of enforcement when it comes to justice.

Now Jeff Sessions, obviously, has been appointed to be the next Attorney General of the United States. That’s what Elizabeth Warren was trying to warn us about, something obviously we know, but she’s trying to hammer the point home with this Coretta Scott King letter. Unfortunately, Senator Warren did not get to finish that letter because Republicans in the Senate got so upset that Warren would bring up the fact that Jeff Sessions is a known racist, has defended the actions of white men killing black men, has targeted black people during his time as the Attorney General of Alabama, brought more than 100 voter fraud cases against black people. Not a single one of them ever resulted in any charges, purely racial driven.

Republicans in the Senate didn’t want to hear it. They invoked what’s known as Rule 19 which basically shuts down a speaker no matter what they’re saying, no matter who it is. They’re not allowed to talk any more. Senator Steve Daines who was the chairman of the committee instructed Warren after Rule 19 had been invoked, ‘Take your seat. You’re done.’ At that point Elizabeth Warren was no longer allowed to speak. The Republicans yesterday did something that I don’t think I’ve really ever seen executed in one fell swoop. They employed the ultimate sexism and racism in the same gesture. By shutting down Elizabeth Warren, by these men telling this woman, ‘You are not allowed to speak any more,’ was one of the ultimate acts of sexism probably performed in the United States Senate. By preventing her from reading this letter from the woman who is the widow of the biggest civil rights icon in the United States history, that’s racism.

By refusing to hear the facts, by refusing to accept the fact that the guy your President put up is racist, then guess what? You’re emboldening racism, you’re accepting racism. You’re becoming racist. If you say that’s it’s okay, if you say that you accept it or are willing to overlook it, then you’ve become complacent, and you’re a party to it. That’s what the Republicans in Washington, D.C. showed us last night by silencing Elizabeth Warren. By silencing the 30-year-old words of Coretta Scott King, by refusing to accept the fact that Jeff Sessions is no more qualified to be the Attorney General of the United States than I am, you basically killed democracy last night on the floor of the US Senate.