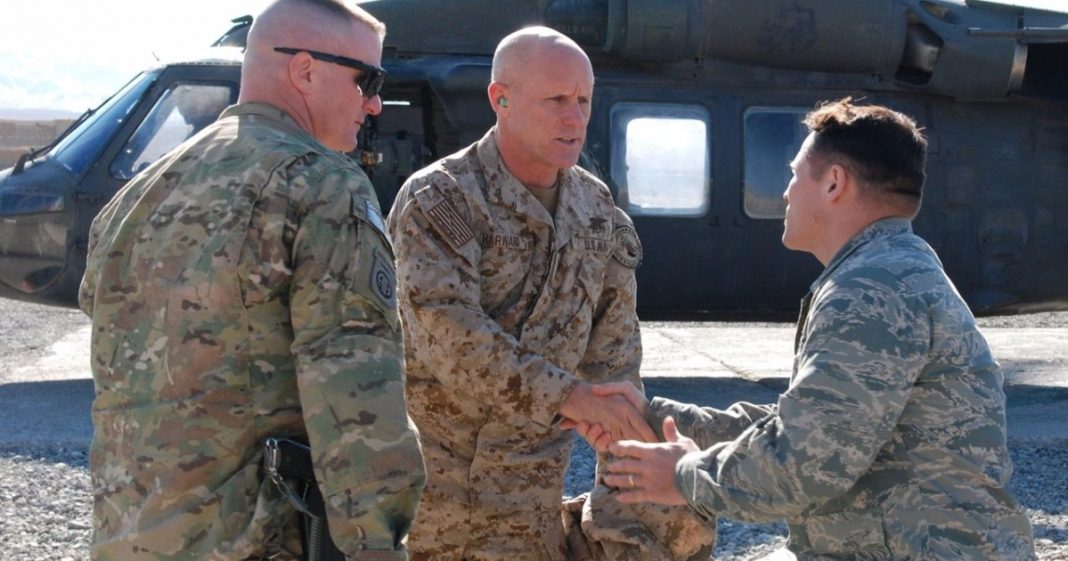 In the wake of Michael Flynn’s short, yet disastrous tenure as National Security Advisor, Donald Trump is under increasing pressure to name a less controversial figure to the post. Unfortunately for the administration, he won’t find it in 40-year military vet, Robert Harward.

In a statement reported by CNN, the retired Vice Admiral cited the grueling “24 hours a day, 7 days a week focus and commitment” the job would demand, as well as his obligations to his family as his reasons for turning down the position. Harward currently serves as the CEO of Lockheed Martin in the UAE.

However, a source close to Harward says the deciding factor was Trump’s unwillingness to let the Ex-Navy Seal make his own appointments to his team. The source quoted Harward as calling the offer a “s**t sandwich.”

Making matters worse, the White House doesn’t seem to have a plan going forward. A senior official tells CNN that they are not aware of any additional candidates for the role at this time. There is speculation that Trump could turn to David Petraeus, who famously revealed sensitive material to his mistress while heading the CIA.