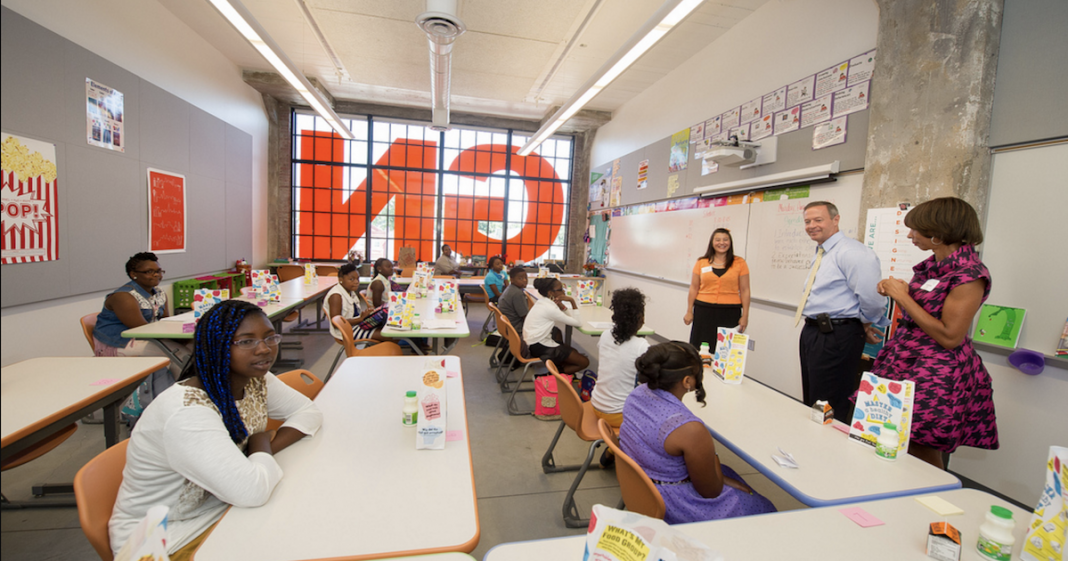 On Wednesday, WBFF in Baltimore reported that five high schools and one middle school in the city had zero students that proved proficient in math and English on the state’s standardized tests.

The news comes as Baltimore struggles to rectify a massive budget shortfall. The budget is set to be about $1.31 billion. Originally, the district needed to cut around $90 million to make ends meet. To do that, the school district feared that they would have to lay off approximately 1,000 workers.

However, the city and state chipped in $60 million in emergency funds, meaning the cuts will not be nearly as dramatic. The district is still set to lay off 300 workers, including up to 75 teachers. Baltimore also has surplus funds on hand and the City Council has proposed shifting $10 million from the police department to the school district to help offset even those costs.

Even with the budget woes, Baltimore spends more than $16,000 per student each year, the fourth-highest rate in the country. So, with the high expenditure per student, how did Baltimore’s school system find itself with such under-performing schools?

The answer may lie in extremely wasteful spending, including ballooning salaries. While smaller class sizes and increasing teacher salaries are worthwhile causes, the district has possibly taken the measures to the extreme. Intentionally keeping schools small has led to tremendously under-utilized buildings.

The Baltimore Sun asked the school district’s chief operating officer, Keith Scroggins, about the expense of maintaining buildings that are not near capacity. The Sun cited Scroggins in their report on the problems the buildings create:

“[T]he city has too many schools that are expensive to operate because they are half- or three-quarters full. That means there are more boilers to break down, roofs to fix, and bills to pay.”

It seems like a Republican dream. Education spending is high, class sizes are tiny, teachers are paid more, and yet schools are still falling behind. You can check just about any online message board that addresses the education system in Baltimore and find a conservative offering up the solution of giving families a voucher for $16,000 to choose whatever school they wanted. But Baltimore’s case is not that simple.

In the late nineties, the state took over the school district and put it in the hands of a board that then hired a CEO. Through 2007, even after Maryland allowed charter schools in the state, it was a tough time in the city. Enrollment was down and so was Baltimore’s economy. In 2007, the student population was overwhelmingly poor, with around 75 percent of students receiving free or reduced-price lunches. Student populations were down, but Baltimore continued to hire administrators.

That’s when new Superintendent Andrés Alonso took over. He decentralized the district and allowed principals more autonomy over their school. While he embraced school choice and charter school development, he also was committed to reforming the school district to fit the shifting tides of enrollment and student needs. Charter schools and city-run schools alike worked together to ensure that common educational standards were set.

School funding was reformed as well. Prior to Alonso, schools and teachers were allocated funds at a district level, meaning that in many cases smaller schools were better funded than larger schools. Under Alonso, 500 administration jobs were cut and that money went directly to the schools, who were now free to spend money how they wished.

Principals under Alonso were given great flexibility, yet were held to an incredibly tough standard. This is why success under Alonso was short-lived. Initially, schools thrived – shifting their focus as needed in the classroom. However, it became obvious that key systems like payroll were going to be underfunded. As the middle class continued to move out of Baltimore, enrollment continued to fall and so did revenue. No matter how many students are enrolled in Baltimore’s schools, operating expenses remain.

The problems have not improved under Alonso’s successor, Dr. Gregory Thornton, nor under current schools CEO Sonja Santelises. Santelises is now tasked with fixing the district’s budget woes.

The state funds coming to Baltimore’s aid were contingent on an independent audit of the school system. Well, the audit found “no material weakness,” according to current school CEO Sonja Santelises. Many critics of the school district believe that administration costs are too high, but Baltimore spends substantially less per student on central office costs when compared to similar cities. Santelises told a group in February:

“Is our central office bloated? You’ve heard a lot of press allegations that we’re bloated and it’s just not the case. People want to find simple solutions.”

Making matters worse, with extensive waiting lists to get in, Baltimore’s charter schools can cherry-pick their enrollment, which can artificially inflate their success. The schools can seek to only bring in high-performing students and avoid those with special needs. Thus, the public schools in the area have declining test scores and rising costs for special needs students. Republicans are quick to jump on this and press for even more charter schools.

That isn’t to say that charter schools cannot work. New Orleans, Louisiana is overwhelmingly run by charter schools and is largely successful. However, the approach to keep the charters in line with the district has been aggressive. Leslie Jacobs, who serves on New Orleans’ school board told Politico:

“Yeah, there are charters and there’s autonomy, but charters don’t get to pick their own enrollment and you’re going to be held to a very high standards. There’s nowhere else in the country that has this.”

Of course, New Orleans’ story hasn’t come without hardship. As the city started to adopt charters, schools would often compete for students and sought to kick out students that proved to be more of a burden to the district.

When Baltimore’s charter schools have been challenged over their practices of recruiting students, they have sued for even more funding from the state, saying that they are doing more with less. In Maryland, it may lead to the charters getting more funds. In Louisiana, those schools would have been shut down.

Moving to a Betsy DeVos-led, free-market system, overflowing with options is not the answer to fixing the issues that Baltimore faced. It didn’t work in New Orleans and it won’t work elsewhere. Politico points out why things have worked in New Orleans:

“In heavily Democratic New Orleans, the guiding principle has been not just to create options but try to make sure they are good ones and that students have fair access to them, even if reality hasn’t always lived up to the ideal. This involves a big role for government and, frankly, at least a little bit of paternalism. Parents have options, but for the most part, only those that have been vetted by the state first.”