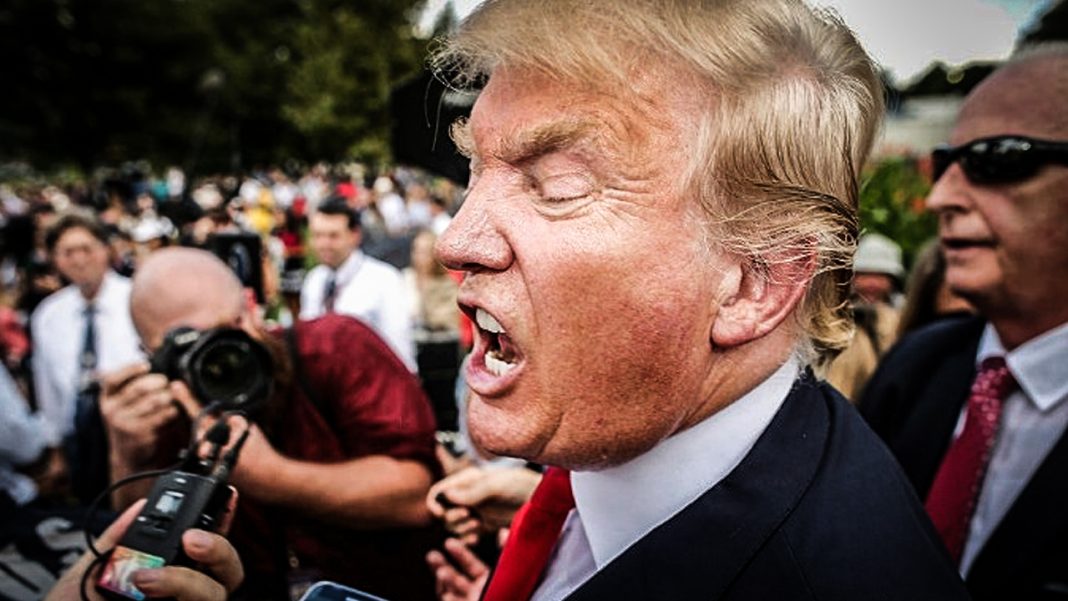 Dr. Brandy Lee, a prominent psychiatry professor at Yale University, told Salon.com that Donald Trump has glaring mental illnesses that must be addressed before he causes very real damage to the United States. Dr. Lee is joined by other leaders in the field of psychiatry who share who views, and they are risking their entire careers because they believe that Trump is unfit to lead. Ring of Fire’s Farron Cousins discusses this.

Recently a group of psychiatrists met at Yale University to discuss Donald Trump’s evidently declining mental faculties. Well, one of the psychiatrists there, Dr. Brandy Lee, gave an interview to salon.com this week where she explained why these psychiatrists are coming forward to talk about Trump’s mental state even though doing so could cause them their license, cause them their livelihoods, essentially ruin their lives forever, but they feel the need, according to Dr. Lee, to speak out against this because they see Donald Trump’s declining mental faculties as a massive threat to the United States. According to Dr. Lee, Donald Trump lives in his own reality, and when reality itself doesn’t fit Donald Trump’s worldview, he attempts to change it. That’s why he is so focused on fake news, things that feed his ego because they’re not real but they serve his purpose. They feed into his worldviews and the way he sees things, and that’s why he relies on them because to Donald Trump that’s not fake news. He is able to look at something that’s completely false and say that it is real without any hesitation because he believes it. At the same time, according to these psychiatrists, he can look at something real and say that it doesn’t exist, say that it’s fake. That is a threat to every person living in the United States. That’s what these psychiatrists are trying to tell us.

Now, there is a rule, it’s called the Goldwater rule, that prevents mental health professionals from diagnosing public officials from afar, so these people are risking their livelihoods to come forward and address Donald Trump’s mental issues. But, this is something that has to be done because nobody within the administration is willing to talk about this. Donald Trump does have massive issues. Now, they are considered mental illnesses but we’re not talking necessarily about something that diminishes his ability to function as a human being. His worldview, this egocentric worldview he has is dangerous to him if he were just an average citizen or a businessman. He can’t do any real damage having that kind of illness if he’s removed. But, as president, as a man who has access to nuclear codes, as a man who makes decisions that affect every single person living in this country, for him to accept non-reality as reality, that creates a problem and that’s why these people are speaking out. Back when he was just running his companies, it didn’t necessarily matter. It hurt those around him but it wasn’t going to affect everyone in this country.

It didn’t harm our national security but we’re at the point where it does and that’s what Dr. Lee says is why these psychiatrists are coming forward and speaking out against Donald Trump. They see real problems with him. These are people who know what they’re talking about. They have studied this for decades. They know how to diagnose this. They know the warning signs and unfortunately according to Dr. Lee and the rest of these psychiatrists they see all of those warning signs living inside of Donald Trump.