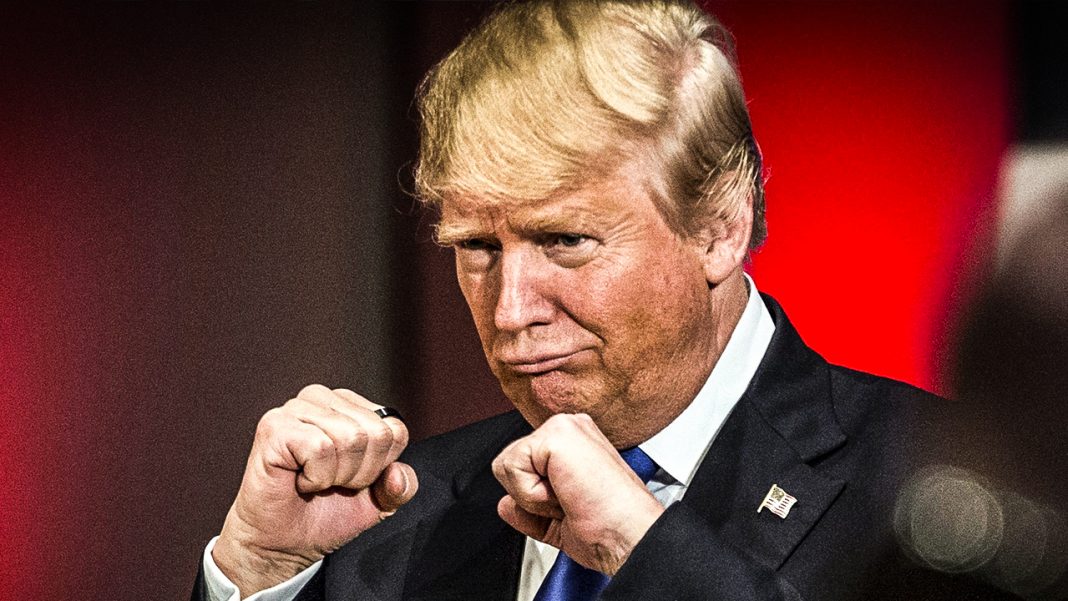 Donald Trump famously said during his campaign that we would see so much winning from the President that eventually we’d get tired of it.  The only question now that he’s been president for the past 4 months is when does the winning start?  This man is a loser in every sense of the word, and I don’t think that anyone is actually tired of “winning.” Ring of Fire’s Farron Cousins discusses this.

During his campaign, Donald Trump promised us so much winning. So much winning in fact, that according to him, we would get sick of winning. Now, in spite of him trying to come off as a bad Charlie Sheen rip off, what the President was saying was that he’s a guy who if elected, knows how to get things done. It’s going to be win, win, win, deal, deal, deal. The President is great, America wins. Everybody’s happy. None of that has happened. Since Donald Trump became President, he has one accomplishment to his name, an accomplishment that would have been under the column for any person elected as a Republican, or hell, even as a Democrat.

He elected a justice to the Supreme Court. He was able to do that because he had a Republican controlled senate. So, that’s really not that big of a victory. Any other Republican who came into office would have done the same thing. You have this healthcare debacle, I don’t know how that is considered a win for him. The House Republicans voted on it before they even had a CBO score, then the CBO comes out and says that their plan is literally worse than doing nothing. Then, you have his signature achievement, the Muslim ban. Well, this week, it just got struck down by yet another court.

The Fourth Circuit Court struck it down on the grounds that it discriminates against people based on their religion. My question to everybody watching is are you tired of all the winning? Or more importantly, when is the winning supposed to begin? All these jobs deals that President Trump claims to have worked out? Yeah, those jobs are still leaving the country according to recent reports. Nothing good has come out of this man’s presidency. He just completed his first overseas trip where he proved to be an international embarrassment for the United States. There’s been no winning. There’s been no success. There’s been no grand deals made.

His administration is currently under several different investigations that could eventually lead to impeachment. Democratic Representative Al Green has said that he’s already drafting articles of impeachment against the President, based on the claims that he was involved with obstruction of justice, with his talk with Michael Flynn. Then we had his other talk with high ranking intelligence officials, telling them not to cooperate or to run interference with the investigation. Another instance of obstruction of justice if it turns out to be true. There’s no winning. Nobody, trust me Donald Trump, is tired of all the winning. In fact, most of us, even as much as we don’t like you, we would still like to see you maybe possibly someday at some point do something decent but everything you’ve done has been awful, really.

I mean, that’s not an exaggeration. You haven’t done anything to benefit middle class, the underclass, working people, the environment, nothing. These people have gotten nothing. The environment’s gotten nothing. The only people who are tired of winning or maybe enjoying the winning are the 1% and of course, you, because as much as you have failed as President of the United States, you have succeeded in one area, and that is putting more money into your pocket. By constantly golfing, by constantly visiting your own resorts, by asking Congress to spend tens of millions of dollars to protect your properties, money that’s going to go right back into your pocket, you’re the only one who’s won anything, and the prize, which the only thing that matters to you, has been money.

Meanwhile, you’re stripping the rest of the country of money for things like children’s health insurance, social security, disability, healthcare, after school programs, environmental protection, job protection, job training. We lose all of that, so at this point, nobody’s tired of winning. Under your administration, Mr. Trump, I think the entire country is simply tired of losing.