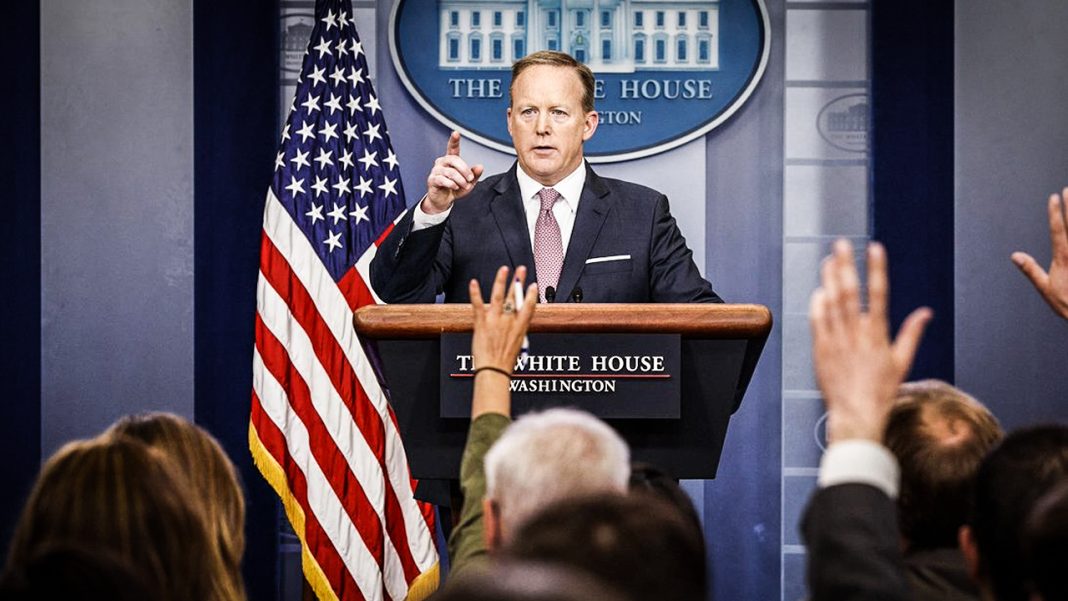 During Monday’s press briefing, Sean Spicer claimed that Donald Trump never said that he would “100 percent” testify against what James Comey had to say during his Senate testimony.  The only problem for Spicer is that Trump had publicly made those claims during a press conference just 3 days earlier.  There are videos.  Transcripts.  Eyewitnesses.  Spicer is doomed. Ring of Fire’s Farron Cousins discusses this.