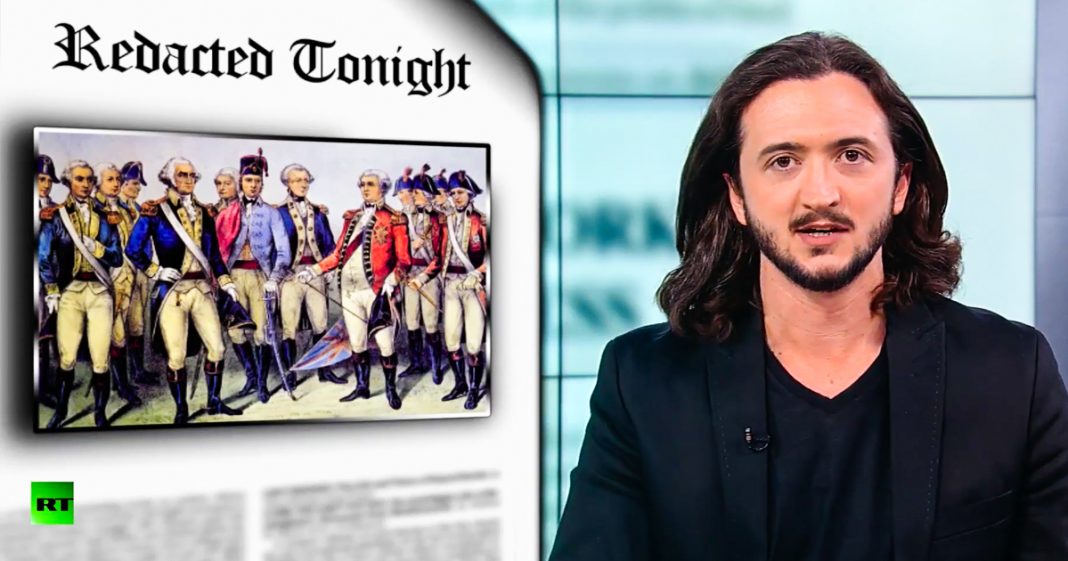 According to historian Howard Zinn, the Revolutionary War is one of America’s “holy wars,” meaning it’s beyond critique. This is problematic because, although the cause for independence was certainly just, it doesn’t mean that we have to accept that war was inevitable in order to achieve freedom, yet we reflexively do. Internalizing that the Revolutionary War was a ‘good war,’ in effect, justifies that future wars can also be ‘good.’ Furthermore, there is a trove of overlooked evidence of a full 10 years of nonviolent struggle by the colonists preceding the 1st battles at Lexington and Concord that was already decimating British rule. Redacted Tonight correspondent John F. O’Donnell joins Lee Camp a the desk to discuss all of this.