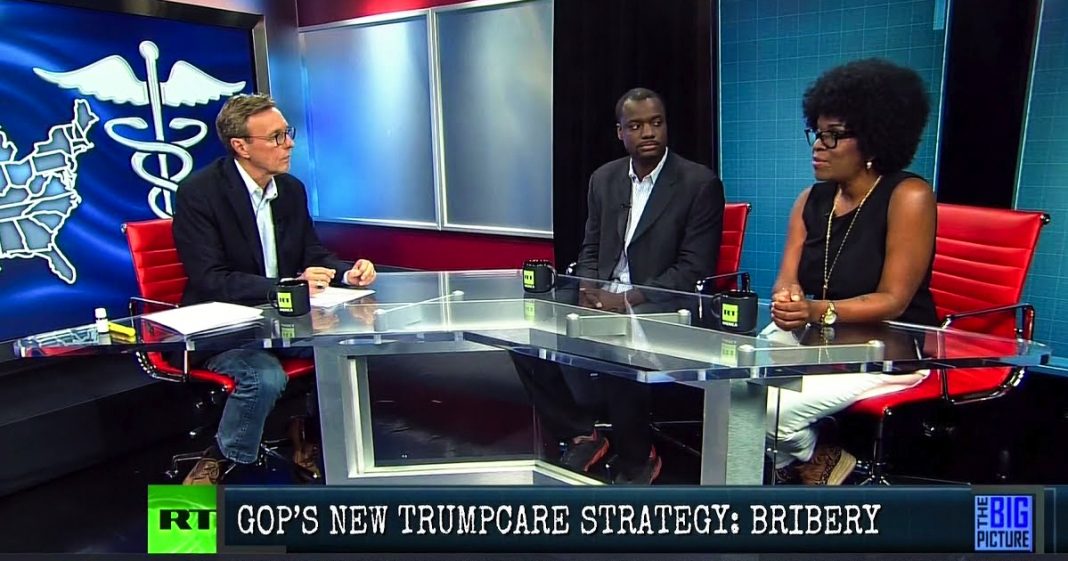 Valerie Ervin, Working Families Party & Hughey Newsome, BOLD.global/Move-On-Up. Donald Trump has appropriated the Democratic Party’s 50-year opposition to so-called “free trade” deals, and declared this week “Made in America” week – the first part of a an extended campaign that his administration will use to promote its economic agenda. Speaking at the White House this afternoon – Trump showed off products that are made here in the US and indulged in the kind of nationalst rhetoric that helped him get elected. Ironically, Mike Pence – who supported all of the so-called “free trade” deals we have – which were ALL opposed by a majority of congressional Democrats – stood behind Trump with a weird smile at seeing his own words and policies trashed by the President. Meanwhile, Trump clothing is often made in Mexico and China, and Ivanka Trump’s fashion line uses sweatshops in Bangladesh and China. Isn’t this a perfect example of how Trump deceives his voters into thinking he actually holds Democratic positions? They are, after all, much more popular than the “free trade” positions that Republicans have pushed since Nixon invented the “trade agreement” loophole.