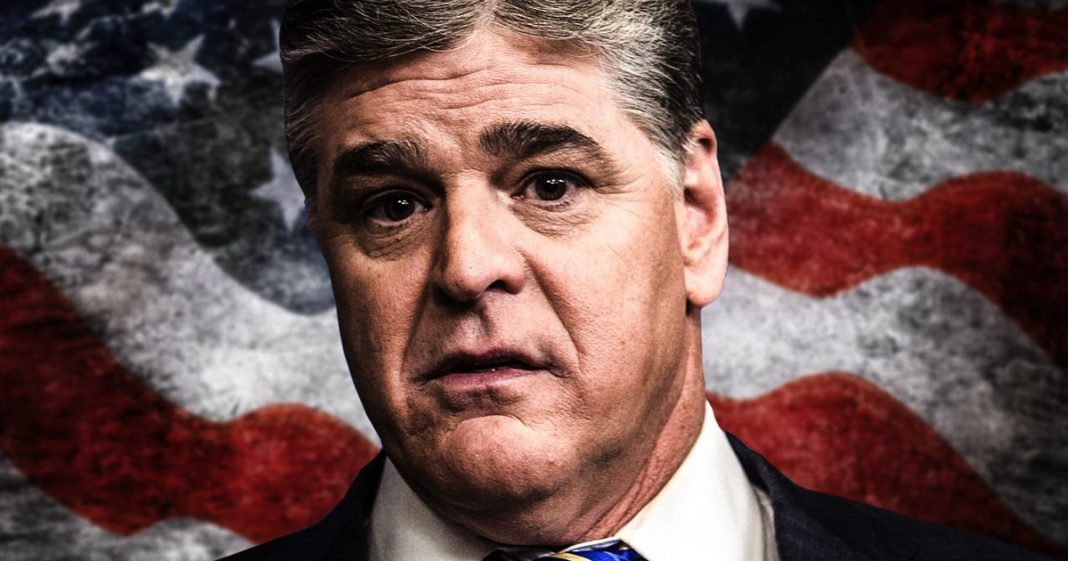 Shepard Smith and Sean Hannity at Fox News haven’t been feeling the love for one another recently, with Hannity going after Shep for not blindly supporting Donald Trump. Has the network decided to drop the façade and admit that they are just a pro-Republican propaganda outlet? Ring of Fire’s Farron Cousins discusses this.

It looks like things are getting even worse for those who live in Fox News-land. According to recent reports, Sean Hannity and Shepard Smith have been going at one another because Sean Hannity is angry that Shepard Smith and a few other members of the Fox News family are not being blind loyalists to Donald Trump. Shepard Smith fired back after Hannity accused him of being anti-Trump, of saying, “You know what? Sometimes the facts are slippery things. Sometimes the facts don’t fit in with your narrative.” Shepard Smith, to his credit, has done a fairly decent job of finally acknowledging that Donald Trump isn’t that great of a president, that he’s not doing anything to help this country, and that he could, in fact, find himself in seriously hot water as a result of the ongoing investigation by Robert Mueller.

Tucker Carlson meanwhile, while being a Trump loyalist, is also trying to talk about anything other than Donald Trump. On his Tuesday evening program, Tucker spent an absurd amount of time talking about Romani gypsies coming to the United States and allegedly taking over as if that is the most important or even most relevant story in the United States to talk about today.

The fact is, the folks over at Fox News don’t really have a path forward. Shepard Smith understands that. A couple other people at Fox News understand that as well. They see what’s happening. They understand that it’s not all fake news and that at some point, the network is going to have to admit that Donald Trump is not the greatest person that ever lived. Otherwise, the network is going to have to admit that they’re, in fact, not a news organization, as they claim to be, and that they are just a propaganda arm of the United States Republican Party, something that all of us already understand that they really are.

They’re going to have to either admit it or admit that Donald Trump is not doing a good job, that he’s not actually making American great again, that the Republicans in Congress, their healthcare plan and their tax plan are just to benefit the wealthy elite. There’s only so long that Fox News can continue to repeat the big lie. According to Sean Hannity, everybody at that network needs to continue repeating the big lie until they either run out of breath or get fired by the network. That’s why Sean Hannity is starting to find himself in the defense mode. That’s why he’s going after Shepard Smith for not being a loyalist, because as soon as those cracks start appearing in the façade of Fox News, the whole thing will start to crumble.