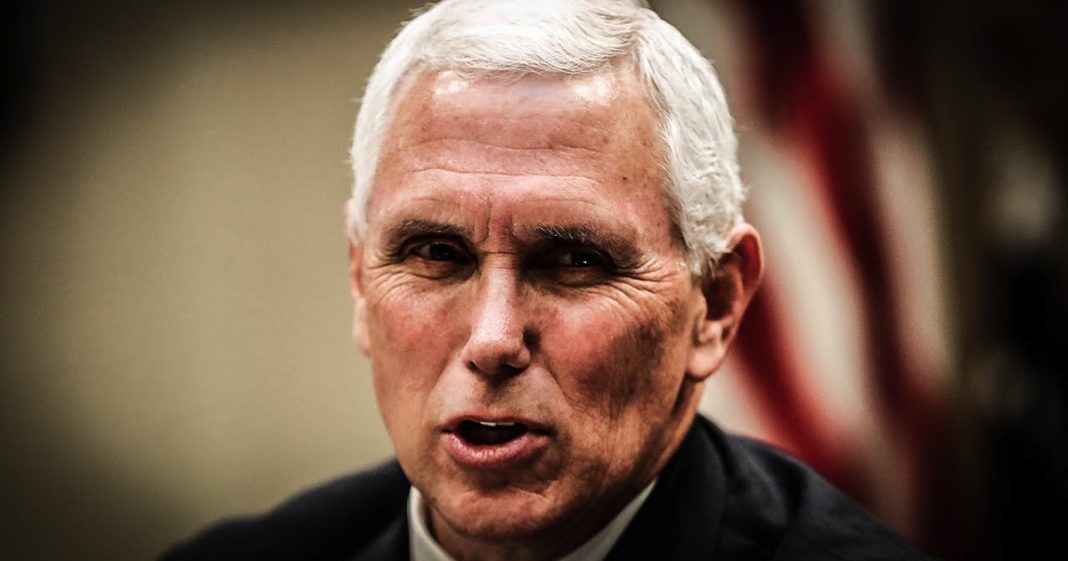 Vice President Mike Pence is furious that Republicans in the Senate failed to pass their version of healthcare reform, so now he’s ready to destroy the entire healthcare apparatus. At a speech on Tuesday, Pence said that Republicans just need to repeal Obamacare now, and then replace it later on down the road if they can. This would result in millions of uninsured American citizens with absolutely no hope for relief. Ring of Fire’s Farron Cousins discusses this.

Vice President Mike Pence was, needless to say, unhappy about the fact that Republicans in the Senate have failed to repeal and replace the Affordable Care Act. On Tuesday, Pence gave a speech where he said that since we can’t repeal and replace it, “I want these Republicans to go ahead and just repeal the Affordable Care Act now, and then maybe later on if they have time, they can replace it with whatever plan they come up with.”

Here’s something that I don’t know if most Americans realize at this moment. In 2016, only 1 in 10 in Americans were without any form of health insurance. All of the experts, all of the studies show that it’s because of the advancements from the Affordable Care Act that people were able to finally buy health insurance. When George W. Bush left office, the number of uninsured people in this country was between 44 million and 48 million people without health insurance.

More than 10 million people in this country were able to finally get insurance because of the Affordable Care Act, and now Mike Pence is so pissed off that his own party can’t even get in line behind their disastrous plan that he wants to just take it away. He wants to burn the entire system to the ground because he and Donald Trump didn’t get their way. I have news for you, Mr. Pence. That’s not how it works. Guess what? Sometimes legislation fails. Instead of doing the honorable thing and listening to the American public and listening to the experts and listening to those whose careers are at stake if you cut their funding through your healthcare plan, maybe you should just move on.

Maybe you should give up because you and your party and your boss are abject failures when it comes to the healthcare issue. You suck at it. There’s no easy way to put that. There’s no better way to say it. You suck at it. You can’t come up with a plan that anybody likes. You can’t even come up with a plan that everybody within your party likes, so how about you just forget about it and move onto the next issue instead of trying to punish more than 10 million Americans by just saying, “Screw it. We’ll just repeal Obamacare and then replace it if we have time later”?

That’s not how this country works. That’s not how our bureaucratic system works. You don’t get to enforce your little sour grapes policy on the American public just because you’re a little pissy that your party didn’t get their way. You need to grow up. You need to understand that it’s time to act like an adult. You’re the vice president of the United States and you’re acting like a whiny, colicky little child because you weren’t able to pass your tax reform package for the wealthy that your party has been masquerading as some kind of healthcare bill. I’m sure the millions of people who would lose their health insurance under a repeal-only plan don’t appreciate that kind of attitude, Mr. Pence.

It’s time for you and your party to move on. Nobody in this country, whether it’s left, right, or center, wants your Republican healthcare plan. Why don’t you move onto other issues that maybe, just maybe your party could actually agree on?