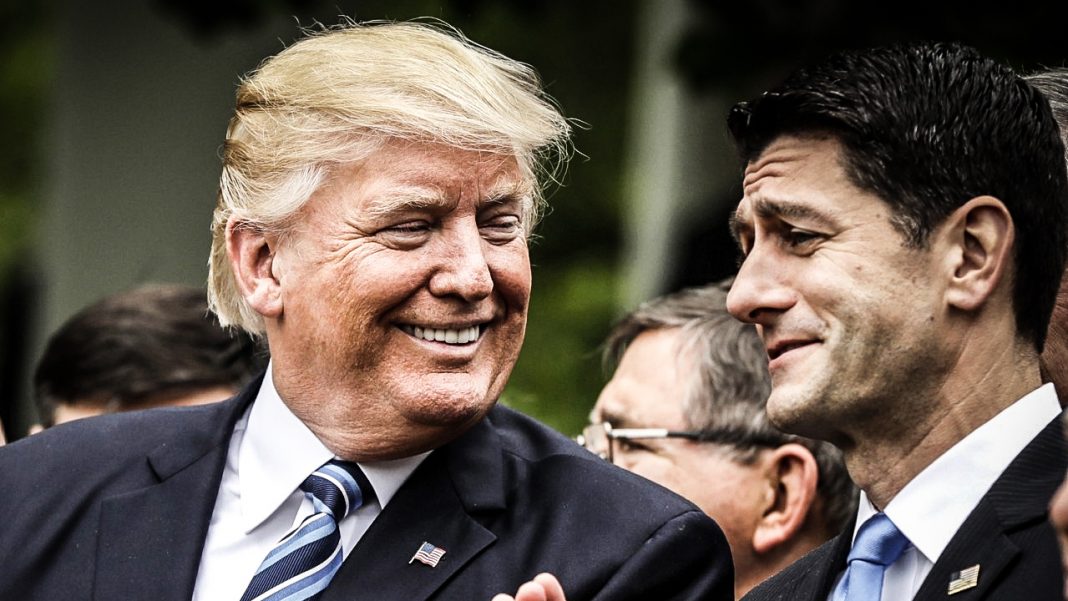 In a time when it seems that Trump and the oligarchy are being given free rein to run roughshod over country, it is easy to despair. Between his crony appointments, a GOP-controlled Congress ready to rubber stamp his entire regressive agenda while turning a blind eye to his blatant corruption, and a Supreme Court now stacked with corporatist shills for the next generation, is there any hope?

The answer is yes.

The outlook for the county and the world may seem grim at the moment – but the good news is that the checks and balances designed by the Founders and Framers, while taking a beating, are still functioning. Before getting into the reasons however, it’s worth revisiting what the Constitution has to say about the separation of powers – a subject that many people do not fully understand.

Contrary to common perception, the Constitution does not give clearly defined authority to each of the three branches of government. What it does do is provide specific tools to each branch that can be used against the other two in certain situations.

One of the best-known of these is the “power of the purse,” which lies with Congress.  This is spelled out in Article I, which establishes the legislative branch of the Federal government. Section 8, Clause 1, also known as the “Taxing and Spending Clause,” clearly states that “The Congress shall have Power To lay and collect Taxes, Duties, Imposts and Excises, to pay the Debts and provide for the common Defense and general Welfare of the United States.” In other words, Trump can rant all he wants about building his “wall” along the Mexican border, but unless Congress passes a law allowing him to spend federal money on such a project, he’ll have to pay for it out of his own pocket (and even he doesn’t have those kind of funds).

This is how Republicans were able force the Obama Administration and the Senate (then under Democratic control) to concede to their demands in 2011 by threatening a government shutdown. They did it again in 2013, actually following through with their threat that time. However, by then things had changed. The GOP had taken back the House in 2010, giving them what appeared to be a mandate.

However, in 2012, Obama handily won re-election, while the Republicans lost two seats in the Senate and eight in the House. This changed the dynamics; the GOP realized they were not invincible, nor did they have as much support from the electorate as they did two years previously.

Fast forward to 2017. Trump was elected despite having lost the popular vote by a substantial margin – which is hardly a mandate to govern to begin with (and a fact that continues to stick in his craw). As if that were not bad enough, his approval ratings have been in the toilet practically from the get-go.

Worst of all, he has always lacked solid support from key Republicans and other prominent conservatives – and what support he has is quickly eroding. Case in point – Senator Chuck Grassley of Iowa, who is none too pleased over the Trump Administration’s stonewalling in the current investigation of his Russian involvements. Furthermore, Grassley finds himself in the position of defending Senate Democrats over Trump’s policy of ignoring requests from the minority party. Representative Devin Nunes, a Republican from California, said last week that he and Democratic colleague Adam Schiff were ready to subpoena the Department of Justice if Trump fails to provide evidence for his claim that Obama wiretapped him. And just over a week ago, 46 Republican House members joined the Democrats, blocking an amendment to the military budget that would have eliminated references to the threat of climate change.

Supporters of Trump and the GOP are jumping ship outside the Beltway as well. Bob Schneider, a Republican for over four decades, recently posted a piece on ChicagoNow explaining why he is now registering as a Democrat. Conservative talk show host and former Republican Congressman Joe Scarborough announced last week that he is quitting the GOP and registering as an independent. Conservative columnist Jennifer Rubin attacked the Republican party in the Washington Post with an op-ed titled “The GOP’s Moral Rot Is The Problem, Not Donald Trump Jr.”

The takeaway here is that partisanship is in a constant state of flux– even the bitter, seemingly intractable kind we have been seeing in recent years. Historically, when the person occupying the Oval Office is as unpopular as Donald Trump, it becomes difficult for that person to get cooperation from Congress – even among those of the same party. This is one reason that Trump has had so much difficulty getting his agenda through. It is a problem that, as his poll numbers continue to fall, will only get worse.

Add to all of this his failure to appoint people to key non-Cabinet posts (as of last weekend, less than 9 percent of those positions have been confirmed by the Senate), the ongoing investigations, his erratic behavior, his penchant for alienating foreign leaders, and the building resistance at the state and local level (even in “red” regions of the country), and it adds up to the weakest and most ineffectual would-be Executive in U.S. history. Trump’s failures are likely to feed on themselves; as his failures continue and his popularity falls, opposition will grow – and members of Congress who may have been lukewarm in their support will either be pressured or emboldened to push back even further.

Granted, with one party in control of Congress, the White House, and the Judiciary, it is unlikely that checks and balances will operate speedily or smoothly. We are probably not going to see impeachment this year (although the fact that the subject has come up so early in Trump’s term is telling). Nonetheless, for all his grandiose ambitions to ram a quasi-fascist, corporatist agenda down America’s throat, Trump is discovering that even he is subject to those checks and balances James Madison described in Federalist #51 when he wrote “Ambition will be made to counteract ambition.”