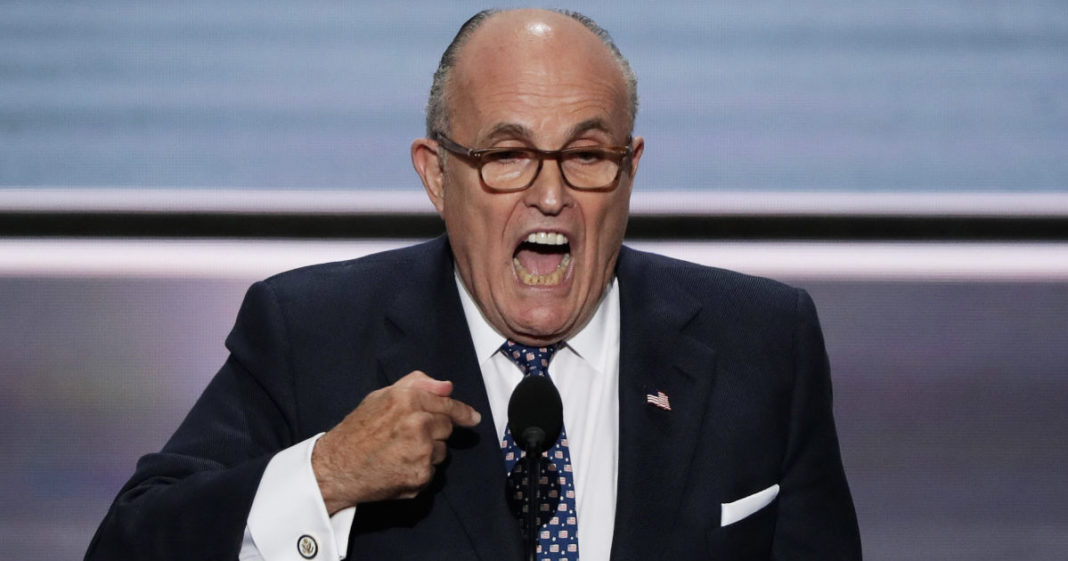 Last week, President Trump revealed in an interview with the New York Times that he is unhappy with his choice of Attorney General Jeff Sessions, and would rather have chosen a different man for the job.

Though Sessions said he has no intention of vacating the position despite his bosses’ opinion, sources who spoke with Axios say that Trump was so unhappy he flirted with the idea of replacing Sessions with another Trump campaign favorite – Rudy Giuliani.

The fact that Trump is simply over and done with Sessions was made more clear on Monday when he referred to him as “our beleaguered A.G.” when complaining about Session’s lack of investigation into Hillary Clinton.

So why aren’t the Committees and investigators, and of course our beleaguered A.G., looking into Crooked Hillarys crimes & Russia relations?

(It is worth noting that Trump himself announced he would not be pursuing investigations into Clinton shortly after taking the presidency).

Giuliani was an early favorite of Trump’s to fill various political positions, but because of his unstable personality, he was shelved. Now, he may soon be making his political re-entry, taking the seat of Sessions.

Those who saw Sessions’ nomination as a full-throated attack on civil rights and legal progress may be relieved to see the back of him, but with Giuliani in place, there is no telling where the Department of Justice could be headed.

Still, despite the claims from sources that Trump is considering replacing his A.G., we have seen many other instances in which Trump considered placing or replacing an appointee only to see nothing concrete come of those claims.

Could Trump’s threat to put Giuliani where Sessions stands just be an attempt to reign in his Attorney General in a time when more and more of his allies are turning on him?