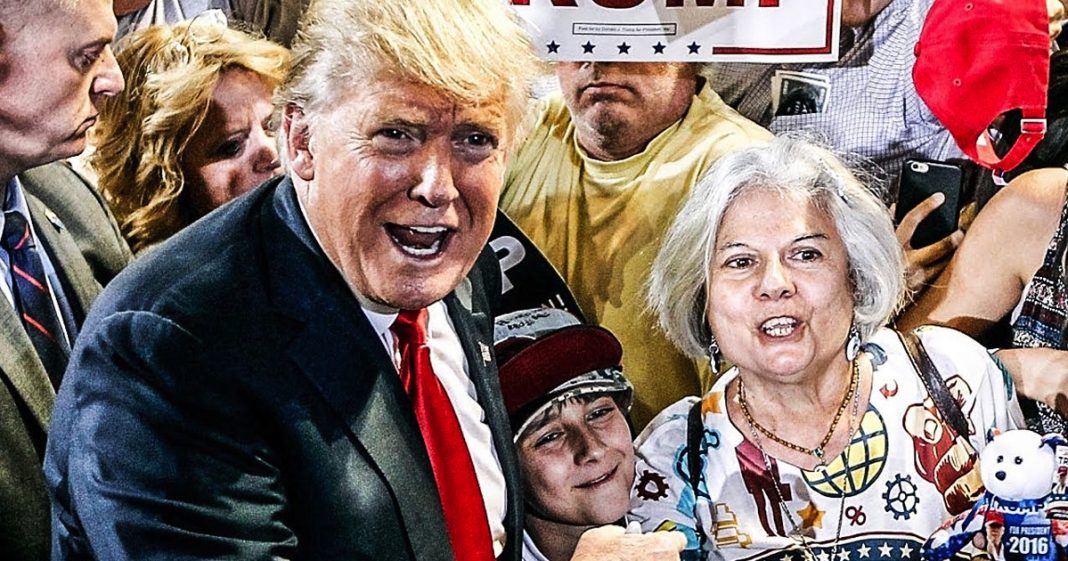 While some Democrats believe that we need to reach out to the most ardent Trump supporters in order to gain their support, the truth is that there are some people in this country that are beyond help. And the latest round of polling shows that those who still stand firmly behind Donald Trump are the ones that are unreachable. There’s no point in engaging irrational people, so let’s stop the outreach to these people who clearly live in an alternate reality. Ring of Fire’s Farron Cousins discusses this.

Now, there are some people in this country who think that we should be trying to reach out to Donald Trump’s supporters. It needs to be pointed out that there is a difference between Trump voters and Trump supporters because there are plenty of people in this country who voted for Donald Trump who realize that they were conned. They do not like him. They do not support him and some of them even support impeachment at this point. They were disaffected, they were sold something that didn’t exist and those people can still be reached out to. But the people who still say, “I like Donald Trump. I support Donald Trump.”

There is absolutely no reason for any Democrat, liberal, or Progressive to reach out or have a reasonable conversation with any of those people. Here’s why. According to the newest polls, those hardcore Donald Trump supporters do not believe, 2/3 of them do not believe that Donald Trump, Jr. ever met with any Russians ever. That meeting that Donald Trump, Jr. himself admitted happened, they still don’t think it happened. Furthermore, majority of them do not think that if collusion is proven that we should impeach him.

These hardcore Trumpites are out there telling us that even if Donald Trump colluded, committed treason in order to win the election, I love him so much I don’t think he should be removed from office. 44% of Trump supporters believe that Russia wanted Hillary Clinton to win. 31% say they’re not sure one way or the other. In spite of all of the evidence. 72% agree that the whole Russia thing is fake news. These poll numbers kind of go on and on here but the overall theme is that it’s time to stop trying to reason with the Donald Trump supporter crowd. It’s time to stop feeding those trolls.

It’s time to ignore them, to block them, to get them out of here. They add nothing of interest or of intellect to any conversation and there is no way to reason or rationalize with them. They will support Donald Trump no matter what and here’s the grossest part. Trump himself predicted this when he said, “I could walk out in the middle of the street and shoot somebody and not lose a single supporter.” That was accurate. Now Donald Trump is not a smart human being but the one thing he does understand is loyalty and how people in this country are loyal to him for no reason whatsoever.

He has done nothing for the Republican base, for the alt right, for those people who put him in power. He’s done nothing for them. He never will and yet they will stand by his side through thick and thin, deny reality whenever they have to in order to fit their little world view of Donald Trump as savior and that’s what they’re going to continue to do. That’s why I say, cut ’em off. Don’t listen to ’em. Don’t interact with them. Don’t talk with them. Most importantly, don’t try to reason with them. There are plenty of people in this country who are truly in the middle politically. They don’t lean left and they don’t lean right. Those are the people that we should be talking to. There are much bigger things to deal with in this world than try to talk sense into a Donald Trump supporter who doesn’t want to accept reality.