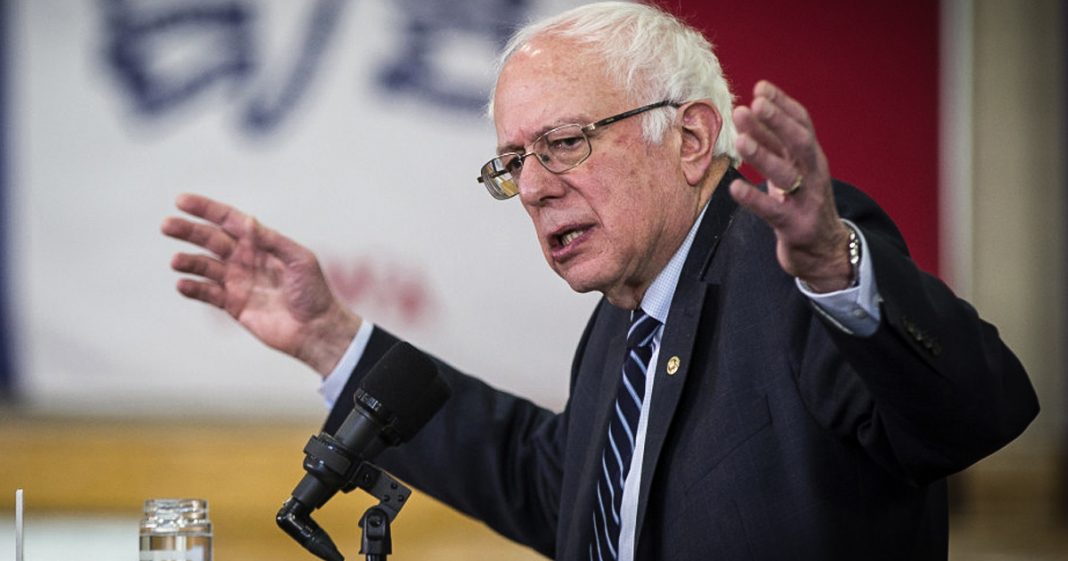 On Monday, Senator Bernie Sanders used his popular online presence to speak about an important issue that isn’t getting much attention amid ongoing political calamity: the stagnant minimum wage.

As the Senator noted in a video posted to his Facebook page, the national minimum wage hasn’t been raised by even a penny in eight years. This means that for the past eight years, America’s lowest paid workers have seen their wages stagnate, despite the fact that the cost of living continues to rise each year.

The basic principle of minimum wage is clear – it is meant to be a base wage so that America’s lowest skilled workers can still afford to live decent lives. Minimum wage was first instituted by Franklin Delano Roosevelt in 1938 at just 25 cents an hour (About $4 an hour in today’s standards).

Since Roosevelt’s first minimum, the baseline wage has steadily grown thanks to each president’s decision to adjust the wage to keep up with inflation. Most presidents during their one or two terms will raise the minimum wage twice – the only recent exception to this was President Obama, who only raised the minimum once in 2009.

Minimum wage has transformed in the minds of many Americans as a base wage for teenagers needing pocket change. But teens aren’t the only ones surviving on minimum wage, and to believe so is to ignore a large number of Americans attempting to support families on the lowest wage possible.