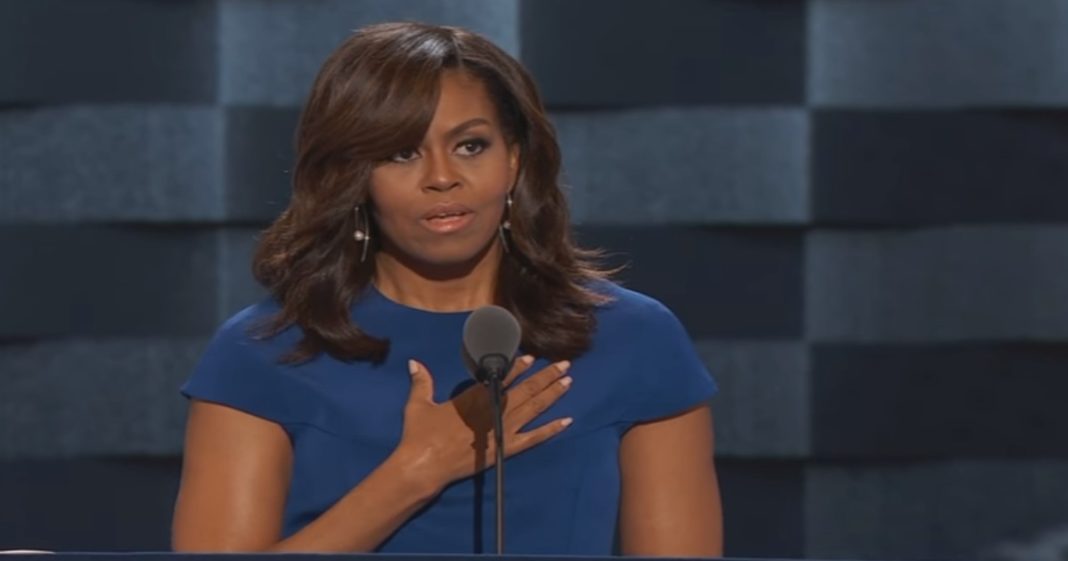 Opening up like never before, Former First Lady Michelle Obama spoke with a crowd in Denver, Colorado on Tuesday about how racial attacks on her appearance by Americans hurt her deeply.

The First Lady’s success as the first black women to fill the seat smashed the glass ceiling, but Obama said that her accomplishment was marred somewhat by the falling shards as a result of that smash – deep, racist cuts from her most hateful detractors.

The first lady said that it made her feel hopeless at points to know no matter what she did, many would never see past the color of her skin.

“The shards that cut me the deepest were the ones that intended to cut. Knowing that after eight years of working really hard for this country, there are still people who won’t see me for what I am because of my skin color.”

Indeed, Michelle was frequently compared to an ape and mocked for her physique. Her fashion choices were dissected and her pet project – providing school children with nutritious food – was endlessly criticized.

“Women, we endure those cuts in so many ways that we don’t even notice we’re cut. We are living with small tiny cuts, and we are bleeding every single day. And we’re still getting up.”

It was in response to this hatred that Michelle coined the now-famous phrase: “When they go low, we go high.”

Michelle’s comments were part of a women’s meeting – the Women’s Foundation of Colorado’s 30th anniversary. Before a crowd of 8,500, the First Lady urged women to seize their power and then never let it go.