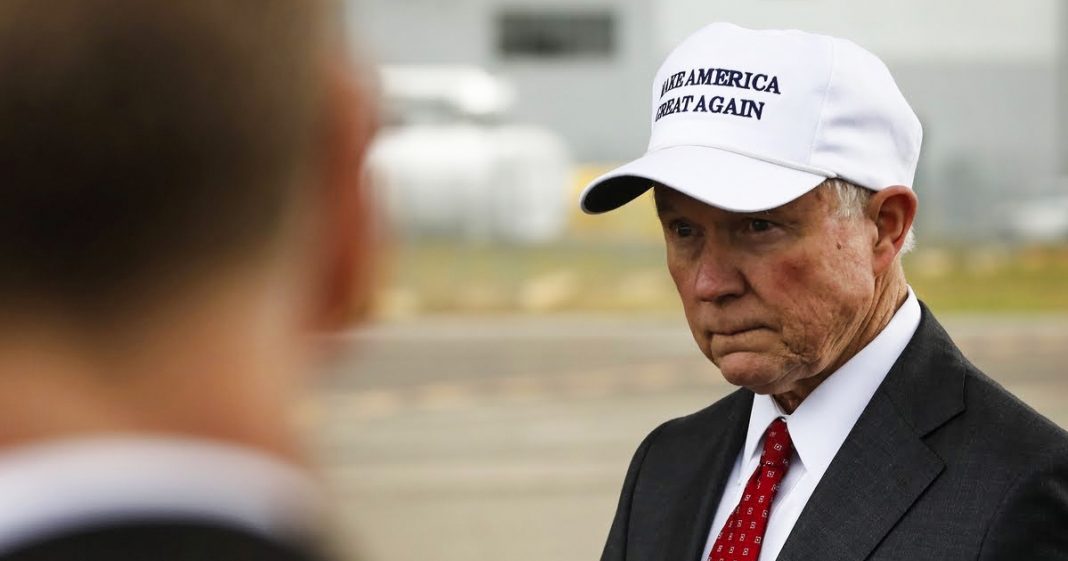 By now, it is clear that just a week after he began doggedly attacking his own appointee, Trump wants Attorney General Jeff Sessions out of his hair. He has spoke about it to the New York times and sent a number of tweets on the subject, painting Sessions as a coward an an ineffectual leader.

Trump’s motivation for his newfound hatred of Sessions apparently stems from an old wound – Sessions’ decision to recuse himself from any and all Russia investigations. Though most Trump allies agree Sessions really had no choice in the decision, Trump continues to blame him for the appointment of a special counsel to investigate connections between Trump and Russia. Trump likely believes that had Sessions not stepped down, this whole ‘Russia thing’ might very well be over now.

White House sources say that Trump is seriously considering getting rid of Sessions, and the likes of Ted Cruz and Rudy Giuliani have been floated as possible replacements. Both have indicated they have no interest in taking the job, likely seeing how toxic serving Trump has become.

In response, Sessions has laid low and says that he plans to continue serving in his capacity until he is no longer needed.

But though Trump clearly would like to wash his hands of his own devoted appointee, why has the man who coined the term “You’re Fired” not given Sessions the heave-ho? Likely, because it wouldn’t immediately give him the result he wants.

As the Boston Globe explains, Trump knows that he would have a hard time forcing the Senate to confirm a new nominee in the current political climate, a delay which would ensure that Deputy Attorney General Rod Rosenstein would be in charge for the duration. As Trump primarily wants an A.G. who will oust special investigation head Mueller, and as Rosenstein was the man who appointed Mueller in the first place, this quick fix will not do.

So what is a Trump to do? If he is sneaky enough, he will appoint an A.G. during the Senate’s recess in August. If he does this, his recess appointment will rule unchallenged until January of 2018, plenty of time to do his bidding.

Still, Trump must know that replacing Sessions in such a backhanded way will further damage his credibility. Could the firing of Sessions trigger others in his administration to resign, or even to tell the media what they know? Already, Secretary of State Rex Tillerson is said to be very unhappy with Trump and may be mulling resignation.

Whatever Trump does in regards to Sessions, he must weigh his next move carefully – a note of caution that the POTUS is likely to ignore.