Lawyers representing the victims of 9/11 now say they have new evidence that Saudi Arabia “directly and knowingly” supported al-Qaida and Osama bin Laden prior to the terrorist attacks, reported the Associated Press.

Documents filed in a New York federal court said that an “‘expansive volume’ of evidence – including US and foreign intelligence reports, government reports and testimony from al-Qaida members – support lawsuits seeking billions of dollars from countries, companies and organizations that aided al-Qaida and other terrorist groups.”

The lawyers said that sworn statements by 9/11 Commissioners John Lehman and Bob Kerrey, and co-chairman of the Joint Congressional Inquiry into 9/11 Bob Graham support their case. Graham said he believes “there was a direct line” between some 9/11 operatives and the Saudi government, and Lehman “explained close historical ties between the kingdom’s government clerics and al-Qaida.”

The Saudi Arabian embassy in DC said in a statement yesterday that claims they were involved come from a “deranged criminal,” and that the attacks were the “most intensely investigated crime in history and the findings show that no involvement by the Saudi government or Saudi officials.”

Of the claims of involvement made by Zacarias Moussaoui, a French citizen who pleaded guilty to conspiring with al-Qaida to attack the US, the embassy said,

“His words have no credibility. His goal in making these statements only serves to get attention for himself and try to do what he could not do through his acts of terrorism – to undermine the Saudi-US relations.”

Moussaoui is currently serving a life sentence at the Florence Super-Maximum Security prison in Colorado. He was spared the death penalty after psychologist testified at his sentencing that he suffered from paranoid schizophrenia. 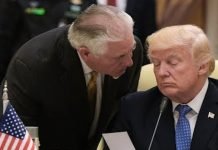 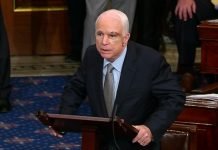 DEBATE: ‘Would You Rather See Them Die?’ – News With Ed